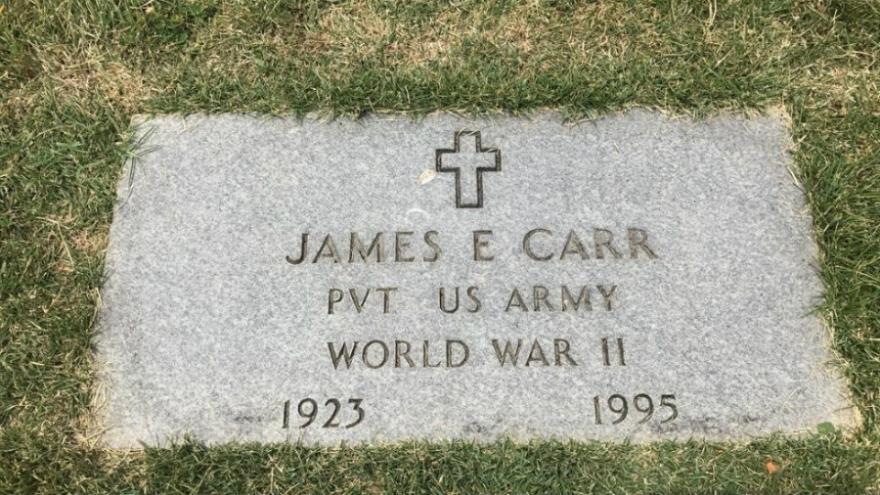 CRYSTAL CITY, MO. (KMOV) -- Sarah Merritt and her husband recently bought a house in Crystal City and during a cleanup of the backyard, they discovered a rectangular piece of granite that had been used as a weight on a portable basketball goal. When they turned it over they realized it was a gravestone.

The headstone had the name of James Carr on it and showed that he was a World War II veteran who died in 1995. She was worried that it might be stolen so she called police.

"And less than 12 hours later we found the actual family members that it belongs to," said Merritt.

News 4 went to Sacred Heart Cemetery in Crystal City and found the grave of James "Rick" Carr and saw that it also has a similar marker at the foot of the grave.

A relative said that the gravestone found in Merritt's backyard had a misprint, was never used and had been discarded by the monument company. It's unclear how it ended up in the possession of the previous owners of the home.

The relative also said that James Carr was called Rick or Ricky by family and friends and that he had worked at the PPG plant for many years, and served as a bartender at the local VFW club.

Merritt said she's just glad that the gravestone wasn't stolen and is now in the hands of Carr's relatives.