Woman stopped by alleged police impersonator on I-65 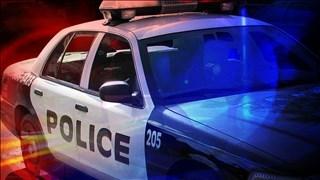 LAKE COUNTY, Ind. - Indiana State Police say a 46-year-old female was stopped on I-65 in Lake County Sunday by a possible police impersonator.

Police say an unmarked black SUV stopped the woman around 5:50 p.m. by using red and blue lights on the dashboard.

According to police, a man wearing a dark battle dress uniform (BDU) with no identifying patches approached the woman’s vehicle and told her that her speed was unacceptable.

He was described as a white male around the age of 50 having grayish hair and clean shaven. Police say he has a medium build and may have also been wearing a bullet proof vest under the shirt.

The woman told police she handed the man her driver’s license and he went back to his SUV where he sat for approximately 30 seconds and then drove off.

She says he never identified himself during the stop and she was not able to get his plate information but immediately contacted police.

Police ask that if anyone may have witnessed the stop or has any additional information, please contact Indiana State Police at 219-696-6242.

It is illegal in the State of Indiana for an unmarked police car with an officer out of their official uniform to make a traffic stop for a traffic infraction unless they are in full uniform.

A law enforcement officer can make a traffic stop for traffic infractions in civilian clothes if they are operating a fully marked police car.

The following are safety tips from the Indiana State Police to protect you against a police impersonator: