Woman transported to hospital after being stabbed in Milford 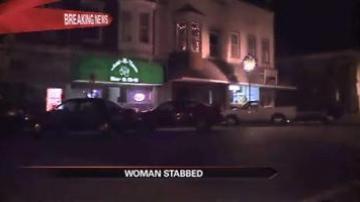 MILFORD, Ind. -- A Kosciusko woman was transported to Parkview Hospital in Fort Wayne after being stabbed in Milford.

Police said the woman was stabbed shortly before 8 p.m. Tuesday.

Instead of seeking treatment for the wound, the woman wandered over to a Just-N-Time Bar and Grill a few blocks away.

Restaurant workers noticed her wound and called for medical attention.

Upon arrival, first responders determined the woman's wound was severe enough to call for an ambulance.

Police are still investigating to find out who is responsible for the stabbing.