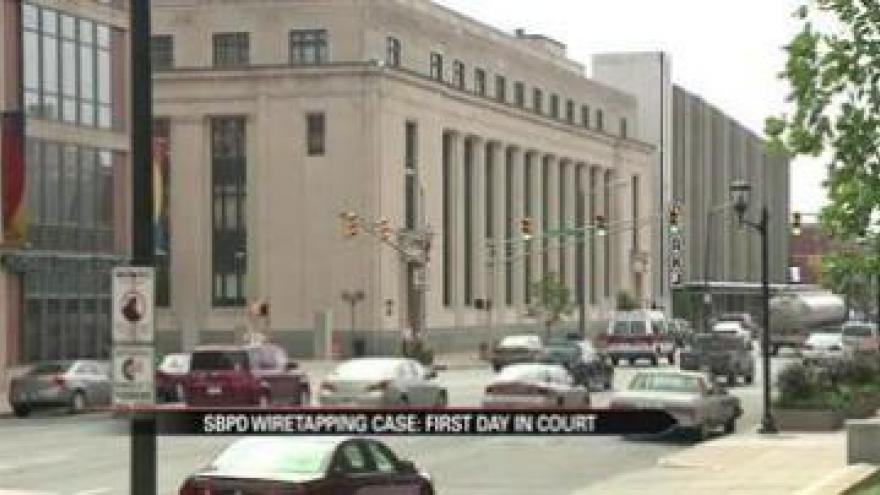 SOUTH BEND, Ind. -- In the second and final day of the federal wiretapping case involving the South Bend Police Department, the one person known to have heard the tapes testified.

The department recorded the office phones of several officers without their knowledge. The federal case is to determine whether the recordings were made legally.

Former Communications Director Karen DePaepe testified she was troubleshooting the system when she heard another officer's voice on a line she thought belonged to Officer Steve Richmond.

She was confused and kept listening to see if it was an error or a fluke.

That's when she testified she heard something disturbing that she thought was illegal.

DePaepe testified it was her job to listen in on recordings and did her due diligence by taking her concerns up the chain of command - to the chief.

DePaepe said no chief had a set policy to record specific people. There was just an understanding that a few lines were recorded.

She said the phone lines changed when people got promoted or switched offices.

They claim Boykins threatened to demote or fire them because of what he said he heard them say in phone recordings.

They said Boykins called them disloyal and backstabbers.

Richmond said he changed offices when he got a promotion and took his old phone number with him to his new office.

Young moved into Richmond's old office so then his phone conversations were being recorded too.

Both officers say they have a special security clearance and would have very sensitive conversations with federal officers on their phones pertaining to certain cases like narcotics cases.

Both officers testified they had no clue their phone line was being recorded.

The case wrapped up and now the attorneys have 30 days to submit closing arguments.

The judge has 14 days to respond, then the attorneys have 5 days to reply.