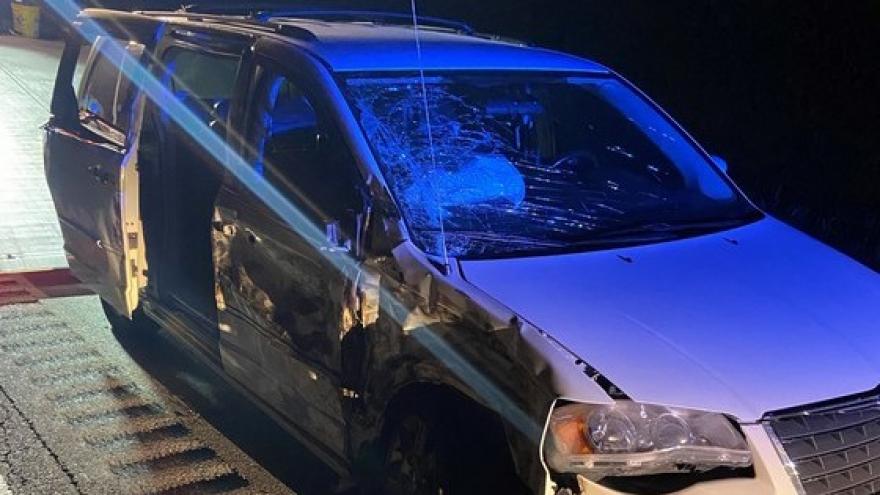 LAPORTE COUNTY, Ind. – Troopers with the Indiana State Police took a man into custody on Wednesday after he was allegedly driving the wrong-way on the I-94 in LaPorte County while intoxicated and crashed into an oncoming freight-liner truck.

The incident in question happened near the 42 mile marker around 1:45 a.m.

A white mini-van was driving westbound in the eastbound lanes.

When troopers arrived to the scene they noticed that the mini-van had severe damage to the passenger side.

The driver of the mini-van was transported to the hospital for his injuries. The driver has since been identified as 39-year-old Karl Cooks of Harvey, Illinois.

The driver of the freight-liner truck, 32-year-old Amandeep Sandhu of Canada, was uninjured.

Blood was drawn from Cooks after a search warrant was approved by a LaPorte County Superior Court Judge.

Cooks has been charged with the following: