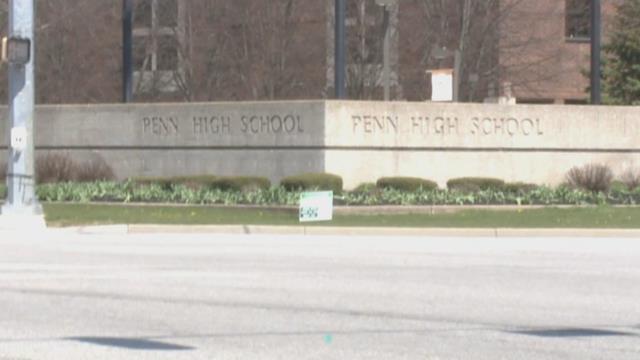 Police and Penn High School officials are investigating after two Xanax pills were found in a classroom.

It started Thursday, when a teacher noticed a student was acting strangely.

“There was some belief the student might have been under the influence of some sort of substance,” St. Joseph County Police Assistant Chief Bill Thompson said.

The student was sent to the nurse’s office and drug tested.

When the nurse found he was under the influence of something, county police began to investigate.

“In the process of that investigation they found a small baggy on the floor of the classroom that did have two Xanax pills in it,” Thompson said.

“They do not know who the pills belong to; the investigation is ongoing. The pills have been turned over to St. Joseph County Police.”

Thompson says the Juvenile Justice Center and the prosecutor’s office will take over the law enforcement portion.

“We prepared a report that will be forwarded on to the Juvenile Justice folks. They will make a determination between them and the prosecutor’s office whether or not the charges are appropriate,” Thompson said.

In the meantime, the school is enacting its own disciplinary protocol, and officials are warning parents to watch out for the same signs of drug abuse that tipped off the teacher.

“It really kind of varies on the person and the dosage. Overall with prescription drugs in general, there is that general sort of intoxicated, sort of euphoric kind of a feeling,” Thompson said.

For parents with prescription drugs in their medicine cabinet, Thompson has this advice.

“Keep very close control over their prescription medication, and secondly when you finish a cycle of a medication, if you don’t finish an entire cycle as it was prescribed by your doctor, don’t keep that stuff around the house,”  Thompson said.