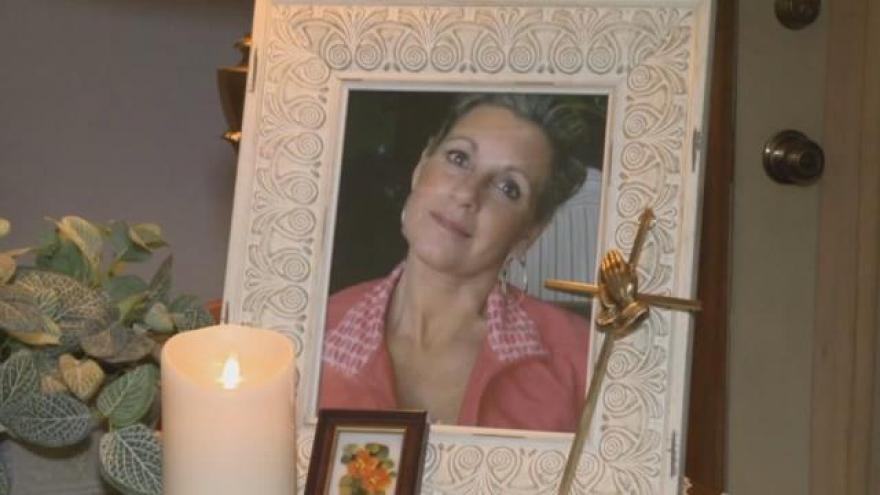 Told through her parents, this story revealed a lack of resources and acknowledgment for families dealing with mental illness.

It began in 2015, when a house in Granger exploded.

Michelle Ellenberger, a resident of that home, was charged for blowing it up during a suicide attempt.

“First she turned on both cars in the garage. Apparently that made her sick. So she went into the house and she loosened the gas pipe behind her dryer,” Kay Green, Michelle’s mother said.

Michelle’s parents, Kay and Larry Green, say she was suffering from schizophrenia, and had been for years behind closed doors.

“Besides fighting the disease she had to wear a mask,” Kay said.

As Michelle’s court appearances gained attention, that mask was removed.

Her mental illness was outed to the community.

The Greens say they’d tried for years to get her help, with little luck getting into inpatient care.

“You cannot be admitted to any of these places. They don’t have beds. You can only be admitted if you are a danger to yourself or others,” Kay said.

Doctors themselves see this issue.

“It is such a painful experience at times when we have fewer beds available for people who need it,” Dr. Suhayl Nasr said.

Nasr is the medical director of psychiatry at Beacon, one of the only inpatient options for mental illness in the region.

Michelle eventually pleaded guilty to the charges against her, and the mother of two was given three years probation.

But her life came to a tragic end less than a year later, when her own father found her hanging in his garage. Michelle had committed suicide.

“It’s a sight no parent should ever see,” Larry said.

The Greens decided to share Michelle’s story with ABC 57 in November 2016.

Their mission was to raise awareness of mental illness, and push for more resources in the community.

“I would say to anyone who has a daughter, a wife, a mother that has any type of mental illness, for crying out loud, don’t cover it. Don’t hide it,” Larry said.

This spring, the Greens will hold a walk called ‘Out of the Shadows’ in Michelle’s honor, inviting everyone to raise awareness of mental illness, so people no longer have to hide.

With every step they take, they’ll remember Michelle.

“To me that’s a real honor. To have her for a daughter, and other than that we miss her. We always will,” Larry said.