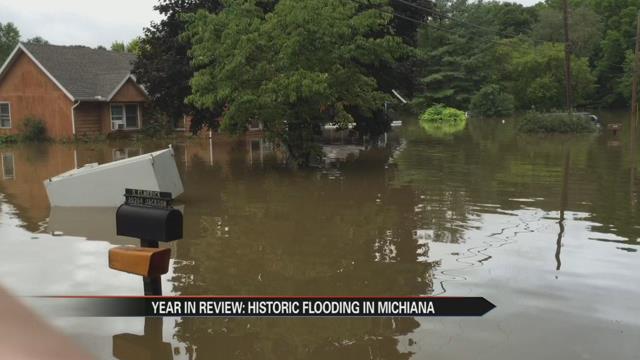 These are the faces of people in Michiana, who not only lost their homes, but the memories they built their lives upon.

Four months ago, several cities saw up to eight inches of rain in just one night.

Many families were left wondering, what do we do now?

The greatest devastation from the flood was on the south side of South Bend.

“It’s been kind of a crazy ride. We pretty much had to move out,” said Chris Elmerick, who lost his home in the flood.

Financially, they’re not sure they can ever move back in.

In early September, Governor Mike Pence announced that there would be low interest loans available to apply for, but not guaranteed to be awarded to everyone who needed one.

“We were denied the SBA loans as well as 75% of the other families that applied,” Elmerick said.

That’s news that devastated them.

“It looks like its going end up forcing in our hand anyway to file bankruptcy,” said Elmerick.

Chris says he still goes back to Jackson Road to check on his home.

“I know when I go over there it’s definitely an emotional rollercoaster,” Elmerick said.

The family will continue to wait patiently.

For now, they’re just relieved to have a safe roof over their heads and have the whole family together for the holidays, with hopes of future holidays in their home of nearly 80 years.