Years of fundraising result in new playground for Goshen school 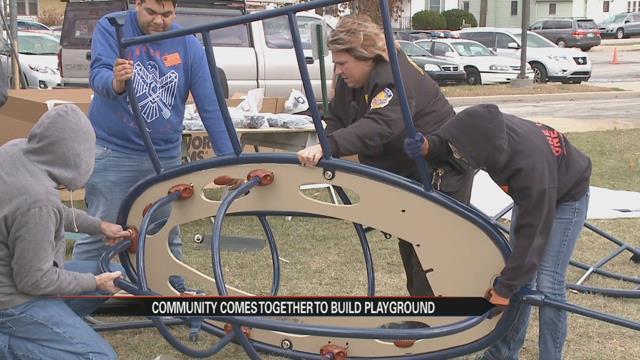 The students at West Goshen will be getting a brand new playground. The funds were raised entirely by the students and it took about seven years to raise enough money.

“There wasn’t a whole lot for the kids to do. There was a swing set and a couple bars so we decided we wanted to give them more to play with,” says Jessica Wileman, PTO President for West Goshen Elementary.

“It’s been a good close to ten years saving up money doing fundraisers with the community,” says Wileman.

After being denied grant money the PTO along with students got to work.

Over the years selling odds and ends they managed to raise close to $50,000.

“And our students were starting to move out of West Goshen and head to the middle school. So we felt like we needed to get something in place for those kids so they could actually see all the work that they did,” says Metcalfe.

One of those students was back on the playground Friday afternoon.

“When I was younger yea I participated in the fundraising,” said Alan Perez who is now a Junior at Goshen High School.

Perez visited his alma mater to help out in a different way.

“I got to play on the old payground and now I am going to help build the new one,” says Perez.

High school students like Perez along with volunteers of all ages worked on the final phase of a project that started before the students who will use it now were even born.

“It’s nice to see all the hard work that the kids did to raise this money is finally going to be put into something physical,” says Metcalfe.

Building will continue Saturday at 8 a.m. Metcalfe invites the community to come out and help.