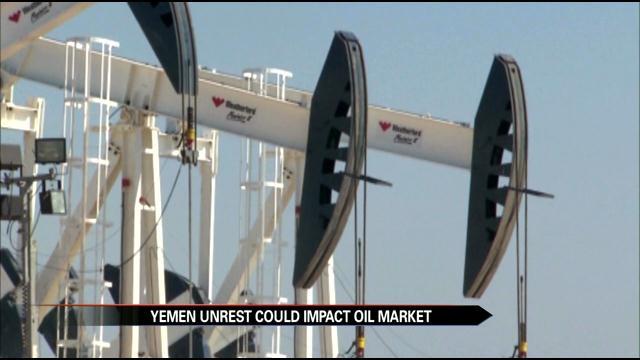 Fighting and unrest in Yemen could make for a shaky global oil market.

Yemen is a tiny oil producer, but has quickly re-introduced risk to the market.

The country is the fourth biggest shipping checkpoint in the world by volume.

The bigger worry, however, is that Yemen sits on the southern border of Saudi Arabia, OPEC's largest producer.

"It is the perception that there is conflict, that there is war air strikes, missiles, and so on rocket attacks in Saudi Arabia that of course affects the price of oil psychologically," said Marnouchehr Takin, an oil strategist.

With U.S. reserves at a record 450 million barrels, the global oil market remains awash with crude.

There's also the impact Yemen may have within OPEC, which is dominated by Middle East producers.