YouTube video could offer new lead about girl missing since 2009 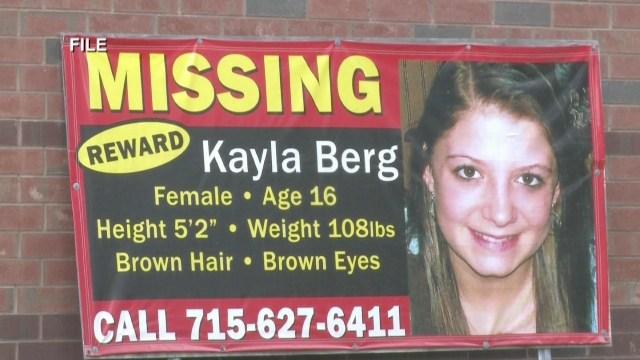 ANTIGO, Wis. (WAOW/ABC News) - Police in Antigo, Wisconsin say they may have a new lead in an investigation into a teen missing since 2009.

On its Facebook page, the department says a YouTube video, recently gone viral, could be connected to Kayla Berg.

The video titled, "Hi Walter! I got a new gf!" was posted back in October of 2009.  In it, a man describes an encounter with his new girlfriend, and then shows a woman who appears to be held captive in a locked room.

Berg's mom Hope Sprenger was concerned that the girl in the video could be her missing daughter.

"[It] sounded like her, looked like her, it gave me chills," Sprenger said. "Disturbing. "It made me sick to my stomach."

Kronenwetter Police Chief Daniel Joling said Tuesday the man in the video is not a resident of Kronenwetter and "I can attest to the fact unequivocally that the video was not taken in the residence here in the village."

For Sprenger, the video is a reminder of the nightmare that began seven years ago.

"We'll do whatever we can to find out who's in there and identify them," Police Chief Eric Roller said. "Sometimes that's hard on the web because of wherever this stuff may originate from [but] we're going to do everything we can to get to the bottom of it."

The video was posted to YouTube two months later.

Antigo Police say they are investigating the origin of the video, and ask anyone with information about the identity of those shown in it to call them at (715) 627-6411.