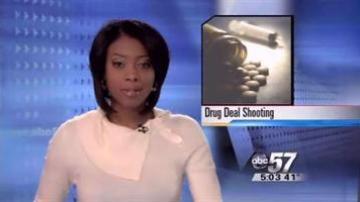 YPSILANTI, Mich. -- A Michigan man who police say is responsible for shooting three people is on the run.

Saturday near the campus of Eastern Michigan University, officers say a fight broke over a drug deal involving five men.

Police say one of them pulled out a gun, another stepped in to grab it and that's when the gun went off. The suspect pulled up and fired off two more shots hitting three people. Everyone is expected to survive.

Police say the suspect is a 24-year-old man from Ypsilanti, Michigan.