1 dead after semi-truck hits vehicles on I-94 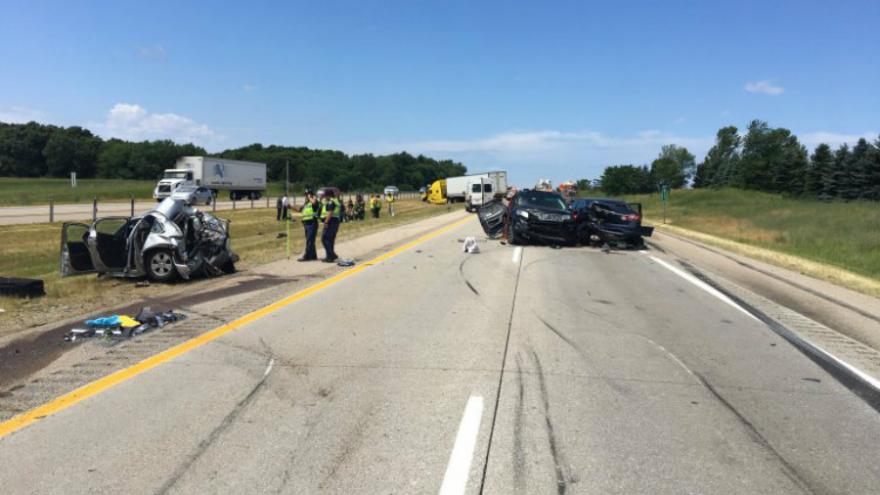 PAW PAW, Mich. (WXMI) — A person has died after a five-vehicle crash involving a semi-truck Thursday morning along westbound I-94 near Paw Paw.

Michigan State Police say the crash was reported around 11:05 a.m. after a semi-truck rear-ended a car in a construction zone near mile marker 63. The truck then hit three other vehicles before coming to a stop in the median.

A passenger in the first car that was hit died in the crash. Police tell FOX 17 that there were six other people hospitalized with injuries in this crash.

A second crash was reported near the 66 mile marker at about 11:20 a.m. The 54-year-old driver of an SUV swerved to avoid a traffic back-up from the first crash, according to a release. He was hospitalized with injuries.

The name of the person killed in the crash was not released.