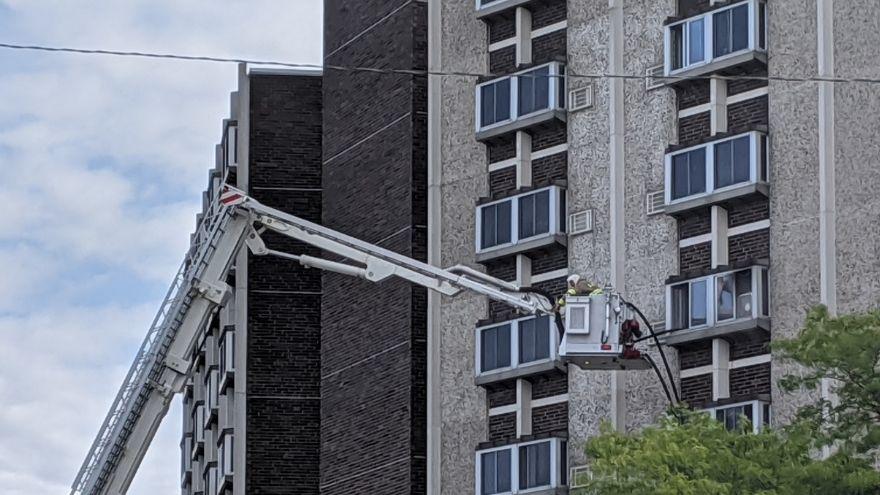 BENTON HARBOR, Mich.—Ten residents were displaced after a fire at a Benton Harbor apartment building, according to the Benton Harbor Department of Public Safety.

Around 10:50 a.m. on September 7, the Benton Harbor Department of Public Safety was sent to Harbor Towers at 250 E. Wall Street in Benton Harbor for reports of a fire in an apartment on the fifth floor.

Officers arrived to the scene to find “moderate smoke” coming from a window on the fifth floor of the building.

The fire was quickly contained to the apartment where it started, police said.

One resident was treated for smoke inhalation at the scene.

No first responders or other residents reported any injuries.

About 10 residents were displaced because of the fire and are being assisted by the Red Cross.

Police did not say what caused the fire.