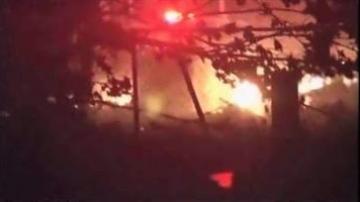 WEST, Texas — Officials feared that 15 people have died in the explosion at a fertilizer plant in West, Texas. Ten first responders are among the dead.

At least 160 people were injured in Wednesday's deadly explosion.

Rescue crews continue to search the debris for more survivors.

The mayor in the small Texas town says the area looks like a war zone.