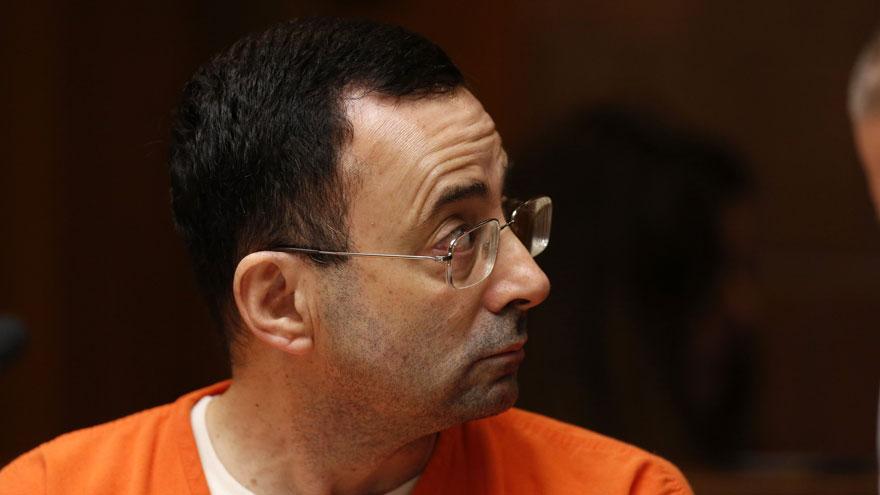 (CNN) -- The girls trusted their doctor.

Larry Nassar was supposed to be top-notch in the field -- a doctor who worked with elite athletes. So young gymnasts and their families sought him out with broken bones and injuries. They thought he could help them heal.

In return, the renowned former USA Gymnastics doctor followed a vicious pattern. Nassar has admitted to sexually abusing the girls under the guise of providing medical treatment. He has also admitted in court to putting his finger into the vagina of patients in cases for more than two decades -- including girls under the age of 13.

In what has been a remarkable reckoning in the massive sexual abuse scandal, more than 150 victims have delivered searing accounts of the excruciating hours they spent being assaulted, how Nassar manipulated them and how his abuse changed their lives.

But the women also delivered powerful statements of resolve in the wake of those struggles as Nassar listened on in court.

"I'm not the little girl I used to be," Mattie Larson said. "I have a voice now, and I want to be heard."

Victim impact statements continued Tuesday, the sixth day of Nassar's sentencing. Court officials initially said about 88 victims would speak during the sentencing, but dozens of others have come forward since, empowered by what Olympian Aly Raisman called the "army of survivors."

One by one, 163 victims or victims' family members had spoken out in court by the end of Tuesday's session. Three more victims are expected to speak on Wednesday morning.

Brianne Randall -- who says she initially reported Nassar to the police for abusing her in 2004 -- was hesitant to leave her 7-week-old son at home in Seattle and travel to Michigan. Her victim impact statement was read in court last week.

However, after hearing the words from other women, she decided to travel to Michigan to support them and confront Nassar.

Her travel costs were paid for by Michigan's Meridian Township Police -- the same police department that she says declined to take her story to prosecutors in 2004.

"We wanted her to be able to share her pain with other survivors in front of Nassar. We share her pain," Frank Walsh, Meridian Township manager, told CNN.

After that, Circuit Court Judge Rosemarie Aquilina is expected to announce Nassar's sentence. He could face 40 to 125 years in prison after pleading guilty to seven counts of criminal sexual conduct in Ingham County, Michigan.

He has already been sentenced to 60 years in prison for federal child pornography charges and has pleaded guilty to three charges of criminal sexual conduct in Eaton County, Michigan.

But the scandal reverberates far beyond Nassar, the once respected doctor who enjoyed a prestigious perch as an associate professor at the Michigan State University from 1997 to 2016 and also worked as the gymnastics team doctor through four Olympic Games. Scores of women said they were abused and then pressured into silence by powerful institutions that protected him and enabled him for decades.

USA Gymnastics and Michigan State have separately said they reported Nassar's abuse immediately when they learned about it, but a number of victims said they told authorities about the abuse years ago and were ignored.

Prominent Olympians including Simone Biles, Aly Raisman, Gabby Douglas and McKayla Maroney, have said they were abused by Nassar. Raisman accused USA Gymnastics of "rotting from the inside" and called on its new leader to take responsibility.

Michigan State University's leadership also has been under fire, with a protest planned Friday demanding the resignation of its president Lou Anna K. Simon. Nassar had served as the gymnastics and women's crew team physician at the university.

"Michigan State University, the school I loved and trusted, had the audacity to tell me that I did not understand the difference between sexual assault and a medical procedure," survivor Amanda Thomashow said last week.

Michigan State maintains no official believed Nassar committed sexual abuse until newspapers began reporting on the allegations during the summer of 2016. Any suggestion that the university engaged in a cover-up is "simply false," an MSU statement asserted last week.

Since last Tuesday, survivors have recounted painful experiences in front of Nassar, who wore a prison uniform and looked away.

One after another, women have recounted damning accounts of how he abused them. Some appeared in person and others recorded their statements.

A number of victims said they suffered from self-doubt, anxiety, depression and post-traumatic stress disorder. Some said they or their loved ones harmed themselves because of Nassar's abuse.