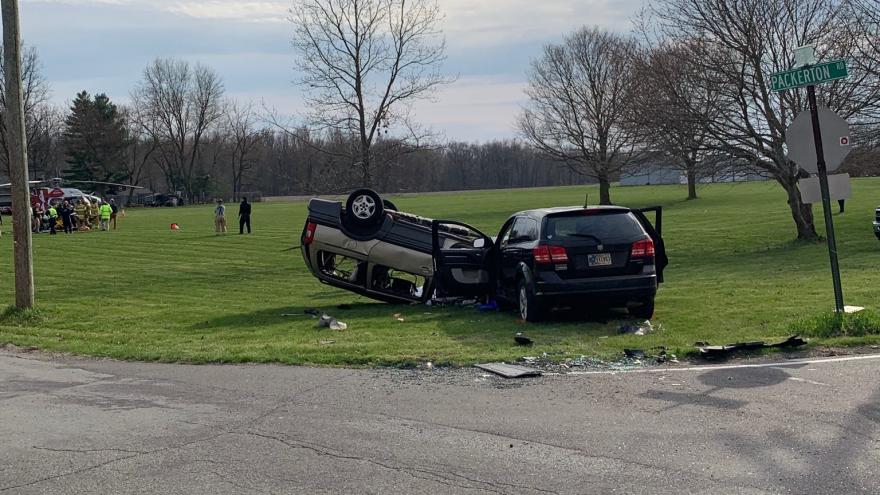 The double fatality occurred by the intersection of Packerton Road and CR 225 S at 4:43 p.m.

When emergency crews arrived on the scene, they found two vehicles off the roadway southwest of the intersection and one of the cars was flipped upside down.

A Lutheran Air Ambulance was immediately requested due to the severity of the injuries.

A preliminary investigation revealed that a Pontiac Montana drove into the path of a Dodge Journey at the intersection.

The Montana was driving westbound on CR 225 S and the Journey was driving southbound on Packerton Road.

The front end of the Journey struck the Montana, causing significant damage.

Both occupants of the Montana, 73-year-old Beverly Flannery and 78-year-old Linda Musselman, both from Milford, were pronounced dead by the Kosciusko County Coroner's Office after sustaining fatal injuries during the crash.

The driver of the Journey, 31-year-old Karlee Marshall of Warsaw, was transported to a Fort Wayne Hospital for non-life-threatening arm and leg injuries.

This crash remains under investigation by the Kosciusko County Sheriff's Office Fatal Team.

There is no indication of drug or alcohol usage contributing to this crash.