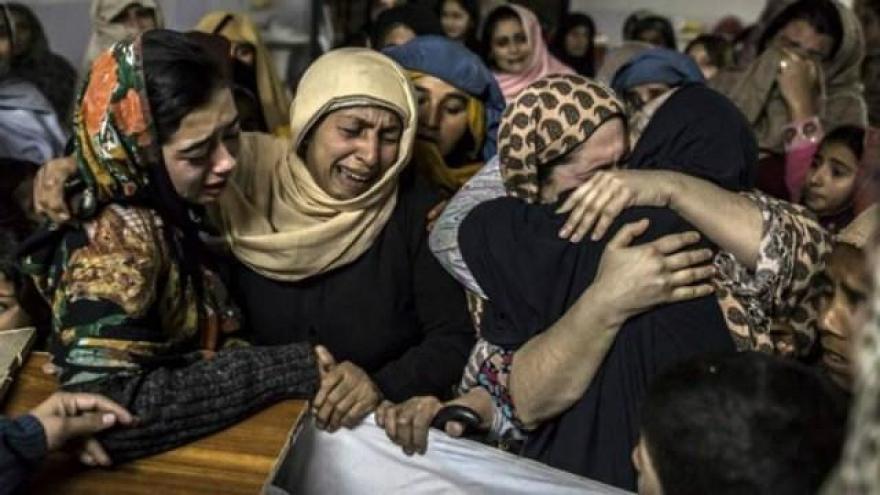 ISLAMABAD, Pakistan (CNN) -- A custodian and four other suspects have been arrested after 20 people were killed at a Muslim shrine, authorities in Pakistan said Sunday.

Custodian Abdul Waheed drugged and stripped the victims before they were killed at the Sufi shrine, which is named the Ali Ahmad Gunnar Shrine, said Chattah.

Knives and clubs were used to attack the devotees before police were alerted by two men and two women who had fled the scene, Chattah said.

Waheed was arrested, along with four other suspects. The police official described Waheed as mentally unstable. An investigation is underway, he said.

Shrines to various saints are scattered all over Pakistan, where they are considered places of meditation and refuge, where the homeless find shelter and alms are handed out. Shrine custodians generally perform caretaker duties -- keeping the area clean and managing events and rituals.

Sargodha is about 105 miles northwest of Lahore.

The chief minister of Punjab province, Shahbaz Sharif, has ordered an inquiry into the killings and announced that the victims' families will be compensated, said an aide, Salman Sufi.

"The practices at shrines include money donations, jewelry and gifts in return (for) a pat of blessing from the custodians," Sufi said. "Some guardians are appointed after an inner power struggle no less than those on the lines of Cosa Nostra," he added, referring to the Sicilian mafia.

Custodians of many shrines cultivate relationships with local politicians to increase their influence and, in return for votes, receive protection, he said.

"There have been cases in which unknowns are granted the status of sainthood and their burial places declared shrines, merely for the purpose of donation collection," Sufi said. "Large sums of money are then collected and used on food, clothing, processions and, when an illicit custodian is involved, on drugs, women and alcohol."

He called for regulations to control shrine custodians in the country.

In February, at least 75 people were killed in a suicide attack at Pakistan's Lal Shahbaz Qalandar shrine.

Worshippers had gathered there for the Sufi ritual of Dhamal, which involves music, chanting and prayer.

The Islamic State Khorasan, ISIS' affiliate in Afghanistan and Pakistan, claimed responsibility for that attack in a phone call to CNN.