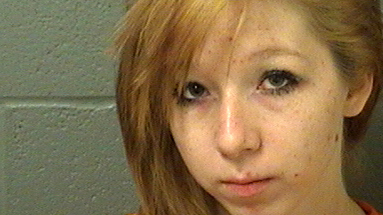 The Dowagiac Police officers made the traffic stop around 1:18 a.m. on Edwards Street near East Davidson Street.

Police first found that the driver did not have a valid operator’s license and the department’s K-9 was used at the scene.

The K-9 alerted officers to suspected controlled substances and police began a search of the vehicle.

The driver, 20-year-old Cheyenne Kiggins of Dowagiac, was arrested and lodged at the Cass County Jail. She was arraigned in court on charges related to methamphetamine, two counts of Carrying a Concealed Weapon, Possession of a Dangerous Weapon,  Felony Firearms and Driving While License Suspended.

Kiggins’ bond was set at $20,000. The investigation is ongoing with additional charges believed to be forthcoming, police say.

The Cass County Drug Enforcement Team was contacted and assisted Dowagiac officers with the investigation.