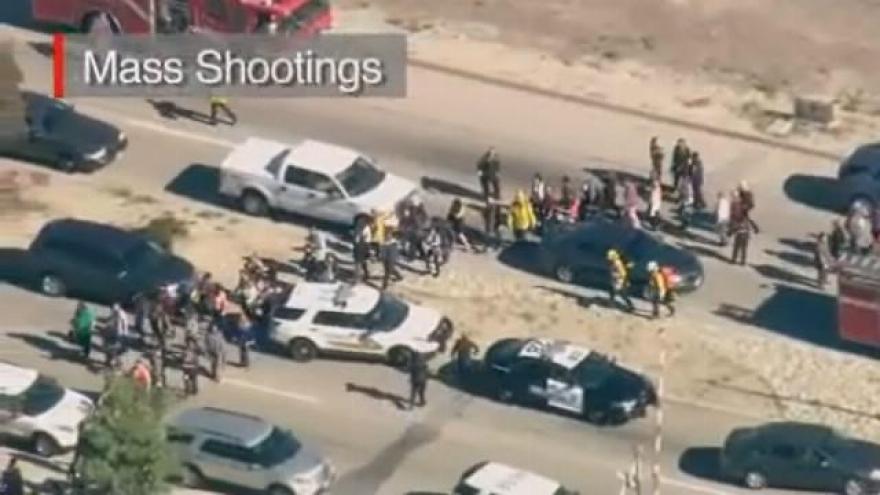 February 24 - The use and possession of marijuana becomes legal in Alaska.

February 26 - Marijuana use and the possession of up to two ounces of the drug becomes legal in Washington D.C.

March 2 - The New York Times reports that, during her time as Secretary of State, Hillary Clinton was using her personal email for official business. House Republicans were aware of the email account in 2014.

April 19 - After his arrest on April 12th, Freddie Gray dies from a spinal injury while in the custody of Baltimore police.

April 24 - During an interview with ABC, former Olympian and reality star Bruce Jenner tells Diane Sawyer, "Yes, for all intents and purposes, I am a woman."

May 2 - "The Fight of the Century:" Floyd Mayweather claims a unanimous points victory against Manny Pacquiao takes place, remaining undefeated.

May 12 - Amtrak Northeast Regional Train 188 derails in Philadelphia, killing eight people and injuring more than 200, as the train goes 106 mph into a curve that had a speed limit of 50 mph.

May 17 - Gunfire breaks out in Waco, Texas, between two rival biker gangs. They also shoot at intervening police, who return fire. Nine people are killed, and at least 18 are injured. Additionally, 177 people are arrested.

June 16 - Rachel Dolezal, recently resigned head of the local NAACP in Spokane, Washington, states during an interview on the Today show that she identifies as black. This is in response to the claim that Dolezal has been misrepresenting herself as black for years; even her own parents have said she's not African American or biracial.

June 25 - The Supreme Court rules 6-3 in favor of upholding all of the Obamacare subsidies for low-income Americans trying to purchase insurance.

June 26 - The Supreme Court rules 5-4 in favor of same sex marriage, making it legal in all 50 states.

June 26 - Richard Matt, one of the two men who escaped from the Clinton Correctional Facility, is shot and killed by police officers.

June 28 - David Sweat, the second of the two men who escaped from the Clinton Correctional Facility, is shot and captured alive by police.

July 16 - In Chattanooga, Tennessee, Mohammed Abdulazeez opens fire on a military recruitment center followed by a naval reserve facility seven miles away. Five people are killed, and Abdulazeez is shot and killed in a gunfight with police.

July 23 - John Russell Houser shoots 11 people in a movie theater in Lafayette, Louisiana. Two people are killed and nine are wounded. Houser kills himself after police arrive on the scene.

August 5 - The Animas River in Colorado turns orange after millions of gallons of contaminated water poured out of an abandoned mine. The accident occurs when EPA officials try to safely pump and treat the toxic water.

August 5 - Vincente David Montano is shot and killed by police in Nashville, Tennessee, after he attacks moviegoers during a screening of "Mad Max: Fury Road." Three people are pepper sprayed, and one sustains a minor injury.

August 12 - Former President Jimmy Carter announces that he has cancer and that it has spread to other areas of his body.

August 20 - Former President Carter announces that his cancer has spread to his brain and that he will be receiving treatment.

August 26 - Ex-reporter Vester Lee Flanagan II, also known by his on-air name Bryce Williams, shoots and kills WDBJ reporter Alison Parker and cameraman Adam Ward during a live broadcast. Vicki Gardner, the woman being interviewed, is also shot during the altercation. Flanagan commits suicide after being tracked down by the police.

September 22-28 - Pope Francis becomes the "fourth head of the Church to visit the United States, nearly 50 years after Pope Paul VI made the first visit by a pontiff to the country in October 1965." While in the United States, Pope Francis visits Washington, D.C., speaks at a joint meeting of Congress, addresses the U.N. General Assembly in New York, and holds Mass at Madison Square Garden, and attends the Festival of Families in Philadelphia.

October 24 - Four are killed and almost 50 are hurt when Adacia Chambers crashes a car into a crowd of spectators at Oklahoma State University's homecoming parade in Stillwater, Oklahoma.

November 27 - Two civilians and a police officer are killed when a gunman opens fire at a Colorado Planned Parenthood clinic in a nearly six-hour standoff. The suspected gunman is 57-year-old Robert Lewis Dear.

November 30 - Officer William Porter, the first of six Baltimore police officers, goes on trial. Porter is charged with manslaughter, assault and reckless endangerment in the death of Freddie Gray.

December 6 - Former President Jimmy Carter announces that according to his most recent MRI brain scan, his cancer is gone.

December 16 - A mistrial is declared in Baltimore police officer William Porter's case after jurors say they are deadlocked.

December 20 - One person is killed and 37 injured when a motorist, identified as Lakeisha Holloway, intentionally drives onto a Las Vegas Strip sidewalk.

December 28 - An Ohio grand jury decides not to return an indictment in the 2014 police shooting death of 12-year-old Tamir Rice.

Notable International Events:
January 7 - Two gunmen, Said and Cherif Kouachi, attack the Paris offices of the French satirical magazine Charlie Hebdo, wounding 11 and killing 12. The gunmen attack Charlie Hebdo in order to punish the magazine for the publication of cartoons that mocked the Prophet Mohammad. Later on January 9, the Kouachi brothers are shot and killed in a standoff with police in Dammartin-en-Goele, France.

January 9 - Amedy Coulibaly, an associate of Said and Cherif Kouachi, attacks a Jewish grocery store in Paris taking more than a dozen people hostage and killing four. Coulibaly also shot and killed a policewoman on January 8. Couliably is killed when police stormed the kosher market in the evening.

March 24 - Germanwings Flight 9525 crashes into the French Alps after taking off from Barcelona, Spain, en route to Dusseldorf, Germany. All 150 people on board are killed. On March 26, 2015, officials say that 27-year-old co-pilot Andreas Lubitz deliberately crashed the plane after locking the pilot out of the cockpit. A later investigation reveals that he had suffered from depression in the past.

May 2 - The Duchess of Cambridge gives birth to her second child with Prince William. Their daughter, weighing 8lbs 3oz, will be known as Her Royal Highness Princess Charlotte Elizabeth Diana.

May 9 - The World Health Organization declares the outbreak of the Ebola epidemic in Liberia over, after more than a year.

July 11 - Mexican drug lord Joaquin "El Chapo" Guzman escapes from the Altiplano Federal Prison in Mexico. He escapes through a subterranean tunnel that ran to the shower area of his cell.

July 14 - A deal is reached to substantially limit Iran's nuclear weapons program. In exchange, various international sanctions on Iran will be loosened.

July 31 - Beijing is chosen to host of the 2022 Olympic and Paralympic Winter Games. This will make Beijing the first city to host both the Summer and Winter Olympics in the 120-year history of the modern games.

August 12 - Explosions occur at a warehouse in Tianjin, China, killing over a hundred people and injuring more than 700. The blasts are estimated to be the equivalent of a 2.9 magnitude earthquake.

August 20 - Greece receives the first portion of its third bailout. All of the countries that use the euro have agreed in principle to the bailout; however, the IMF did not contribute direct financial support, unlike in previous bailouts and is only monitoring the situation. This package is worth up to 86 billion euros ($95 billion).

September 18 - U.S. regulators say that Volkswagen has programmed some 500,000 vehicles to emit lower levels of harmful emissions in official tests than on the roads. Volkswagen later reveals that internal investigations had found significant discrepancies in 11 million vehicles worldwide.

September 19 - Pope Francis visits Cuba for the first time and praises the reconciliations taking place between Cuba and the United States. Francis also asks Cuba to allow for more religious freedom as the communist country prepares to build the first Catholic Church since the Cuban Revolution.

September - During the annual Hajj pilgrimage, a stampede kills more than 700 people and injures nearly 900 others, according to state media. The incident occurs during the ritual known as "stoning the devil" in the tent city of Mina, Saudi Arabia.

October 23 - Hurricane Patricia, the most powerful hurricane ever recorded, makes landfall as a Category 5 storm over southwestern Mexico.

October 31 - Kogalymavia Flight 9268, a Russian passenger plane breaks into pieces before hitting the ground in Egypt's Sinai Peninsula, killing all 224 people aboard.

November 24 - Turkey shoots down a Russian warplane near the Turkish-Syrian border. Turkey says it hit the plane after it violated Turkey's airspace and ignored 10 warnings - which Russia denies.

December 12 - A landmark climate change agreement is approved in Paris at the 21st Conference of Parties, or COP21.

December 28 - The Iraqi military announces it has retaken the city of Ramadi from ISIS.

Awards and Winners:
January 11 - The Golden Globes are presented.

April 6-12 - The 79th Masters Tournament is played in Augusta, Georgia.

April 20 - The Pulitzer Prizes are announced.

October 6-12 - The winners of the Nobel Prizes are announced.

December 12 - The Heisman Trophy is presented.