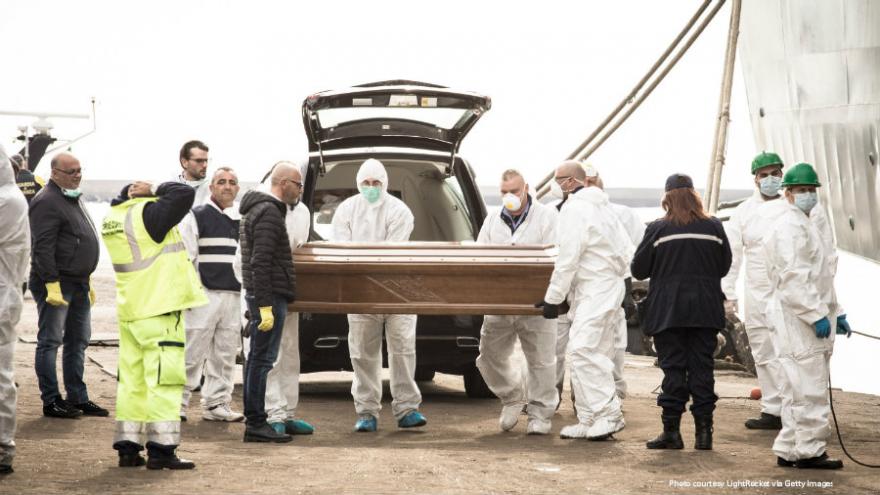 (CNN) -- Italian authorities have launched an investigation into the cause of death of 26 teenage girls whose bodies were recovered in the Mediterranean Sea on Sunday.

The girls, aged 14-18, are believed to have been migrants from Niger and Nigeria who had embarked on the treacherous route to Europe from Libya over the weekend.

Lorena Ciccotti, Salerno's head of police, told CNN that autopsies would be carried out on Tuesday and that coroners would be investigating whether the girls had been tortured or sexually abused.

Their bodies were found close to a flimsy rubber dinghy that had all but sunk when rescuers arrived, Ciccotti said. Aid workers had described a grim scene: survivors hanging onto the remains of the vessel as the girls' bodies floated nearby.

Their rescue was one of four separate rescue operations carried out in the Mediterranean over the weekend. In total, 400 people were brought aboard the Spanish vessel Cantabria before disembarking at the Italian port town of Salerno.

Among them were 90 women and 52 minors, including a week-old-baby, authorities said.

Libya is a well-known jumping-off point for migrants seeking refuge on European shores. Many from sub-Saharan Africa, are fleeing war and persecution; others from impoverished nations in Africa, the Middle East and South Asia have made the treacherous journey in search of better economic opportunities.

The North African country is a hotbed for human traffickers, whose network of smuggling operations have gone widely unchecked due to Libya's lack of effective central governance.

On Monday, Italian police arrested two men, an Egyptian and a Libyan accused with human smuggling. The men are not believed to be connected to the boat that was transporting the teenage girls.

Since the start of this year, 2,839 migrants have died on the central Mediterranean route, according to the International Organization for Migration. 150,982 migrants have reached European shores, of which around 74% are Italian arrivals.