48 Passengers aboard plane that made emergency landing in Indy 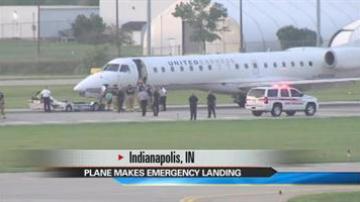 Airport officials said the plane made the emergency landing after the pilot noticed smoke in the cockpit.

The regional jet was evacuated upon landing.

Indianapolis airport spokesman said he believed it was a United Airlines flight heading from Columbus, Ohio to Chicago.