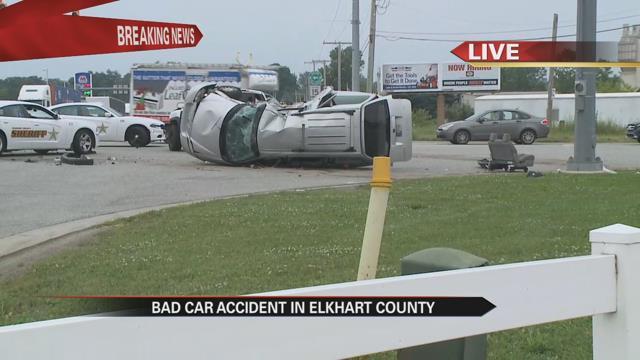 Elkhart County Police are investigating a hit and run after three people, including a 7-year-old, were taken to a hospital.

The crash took place just after 5:00 Thursday evening near the intersection of State Road 15 and U.S. 20, about five miles north of Goshen.

According to investigators, the 7-year-old was taken to a Fort Wayne hospital for a possible broken leg and is in serious condition.

Three vehicles were involved in the crash, and one fled the scene of the accident.

The second vehicle, driven by 21-year-old Dylan Webb of Goshen, continued through the intersection and hit Romo’s passenger side, which then flipped onto the driver’s side.