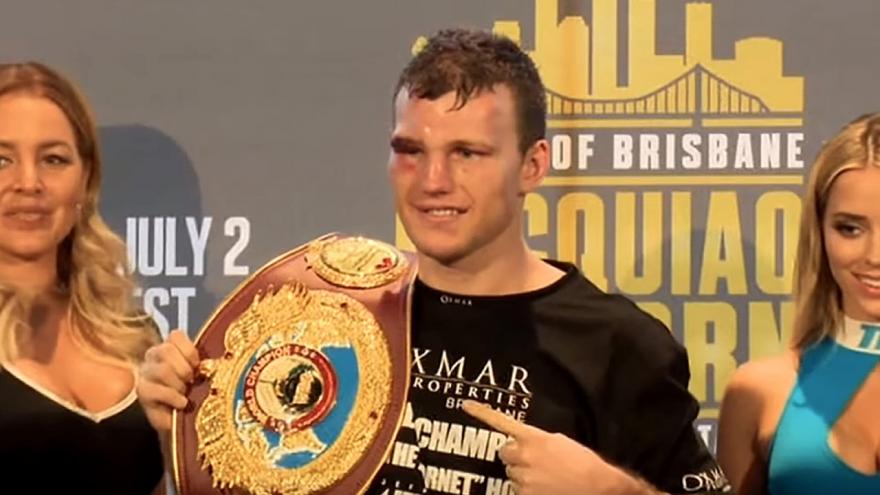 (CNN) -- Manny Pacquiao has lost his WBO Welterweight title to a relative unknown in a shock defeat for the Philippines boxing hero.

Australian underdog Jeff Horn dispatched "Pac man" in an unanimous 12-round decision Sunday in a match dubbed the "Battle of Brisbane."

"The Hornet," a 29-year-old former schoolteacher, was considered an uneven match for veteran Pacquiao, who is considered one of the world's greatest boxers.

However, it wasn't long before social media shot back with allegations the judges got it wrong.

Three-time world heavyweight champion Lennox Lewis disputed the result on Twitter: "This is what's wrong with boxing. Horn was very game but I'm hard pressed to see how he could have won that fight by any stretch!"

A tally by Compubox, put Pacquiao ahead with 182 landed punches over Horn's 92, though 73 of those were power punches, according to the stats.

Despite the outcry over the decision, Pacquiao was gracious in defeat.

"I didn't expect [him to be] that tough," he said after the fight. "It's OK. Part of the game. That's the decision of the judges. I respect that."

Both said they were open to a rematch.