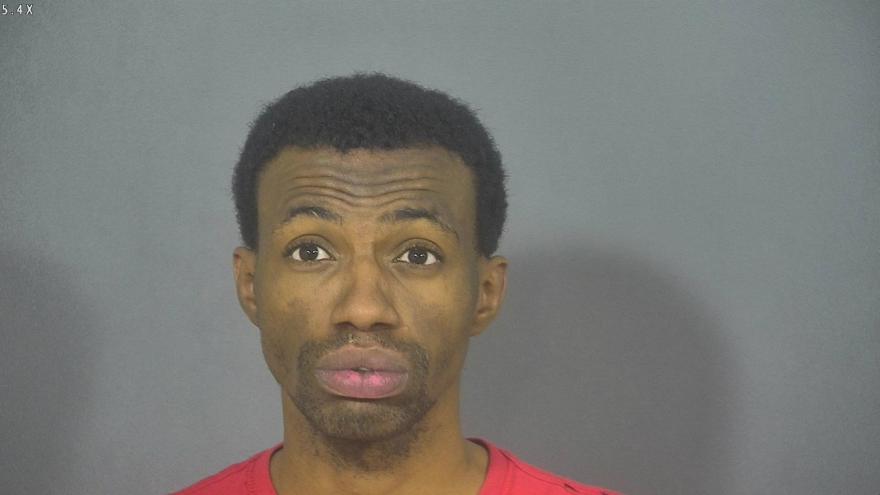 ST.JOSEPH COUNTY, Ind. – A man who allegedly led police on a chase after burglarizing a liquor store is being held in the St. Joseph County Jail.

On April 15, officers were dispatched to a South Bend liquor store regarding a silent alarm.

According to the probable cause affidavit, South Bend officers were dispatched at approximately 3:20 a.m. to Blarney Stone Wine & Spirits located in the 3500 block of North Bendix Drive.

Officers upon arrival discovered the liquor store’s window had been smashed and a number of items had been stolen including the manager’s cell phone, cigarette cartons and alcohol.

Officers examining surveillance footage identified a person of interest leaving the store with an armful of merchandise, court records said.

During the burglary investigation, another officer with the South Bend Police Department responded to the call. The officer noticed a red four-door vehicle leaving the area of the liquor store at a high rate of speed traveling down Bendix Drive.

The officer followed the vehicle and noticed the motorist had not yielded to several stop signs.

The uniformed officer, in a marked squad car, caught up to the vehicle while activating a siren and overhead lights in an attempt to stop the car for traffic violations.

The motorist, according to police, refused to stop.

According to court records, the officer pursued the subject’s vehicle as it drove through various apartment complexes.

During the pursuit the officer noticed the suspect, later identified as Travis J. Anderson, get out of his vehicle and lay a box of items behind another vehicle before speeding away.

Police lost sight of the car after it drove through several yards. A short while later, officers discovered Anderson’s vehicle which was leaking fluid.

Anderson was then seen by authorities running north in the middle of a street where he was later detained.

According to the probable cause affidavit, Anderson admitted to authorities that he had committed the burglary and fled from officials.

Officers returned to the area where Anderson was seen discarding a box. Inside the box they uncovered items stolen from the liquor store, court records said.

Anderson is being held on a $1,500 bond at the St. Joseph County Jail.

Anderson is due in court on April 30.