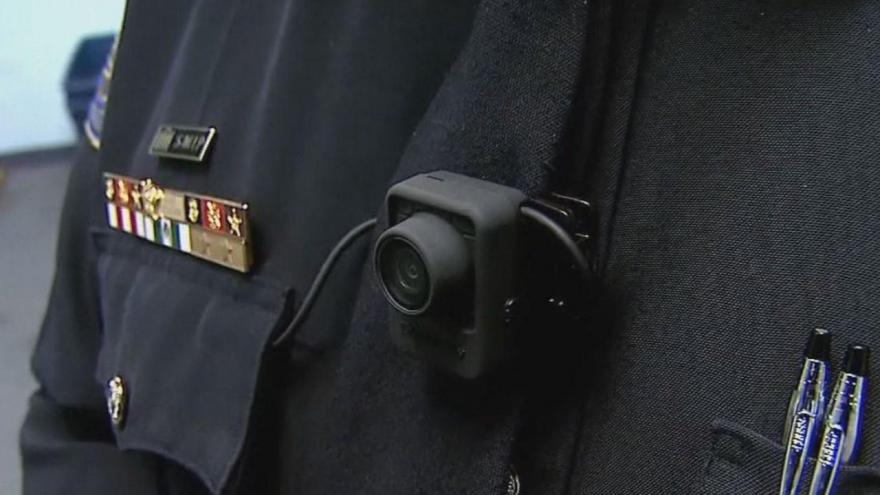 (CNN) -- Cellphone video of a teen's violent arrest in San Antonio, Texas, has police and the family at odds over what really happened.

The police say a 14-year-old girl assaulted one of their officers, while the family insists the video shows it was police, not the teen, who threw punches.

On Saturday, April Johnson and her daughter attended a quinceañera, a traditional coming-of-age party for 15-year-old girls in the Hispanic community. The party ended abruptly when San Antonio police responded to a call for two men fighting.

Police say that when officers arrived on scene, a large crowd had gathered outside the event. Officers say they intervened in a fight between the teenage girl and someone else at the party, pulling them apart. Police say that is when the teen assaulted one of their officers as he was trying to restrain her.

The video that captured the incident was shot on a bystander's cellphone. The quality of the video and the distance from which it was shot makes it difficult to say exactly what happened.

The teen's family says that cellphone video of the incident, recorded by a bystander, tells another story. The mother says that her daughter was defending her and that she did not assault the officer. Johnson said she stood by in horror as she watched the officer hit her daughter twice.

"I couldn't get to her to protect her. And that's my job as her mother. And no mother, no father, nobody should have to see their child get hit in the face by a man," Johnson told CNN affiliate KSAT.

The family attorney is asking for the officer to be fired, and for pending charges against the teen to be dropped.

"The incident that occurred on the night of May 20, 2017, is best described as an 'act of abuse' against a child. One cannot claim to protect the community with one hand and abuse it with the other," attorney Artessia House told CNN.

The teen was arrested on allegations of assault on a public servant and released Monday pending formal charges.

In a statement, the San Antonio Police Department said it is investigating the incident to make sure officers complied with department policy. Mayor Ivy Taylor said police will review body cameras worn by officers.

Police are not naming the officer involved in the incident.