ABC 57 Working for You: How to get a protection order 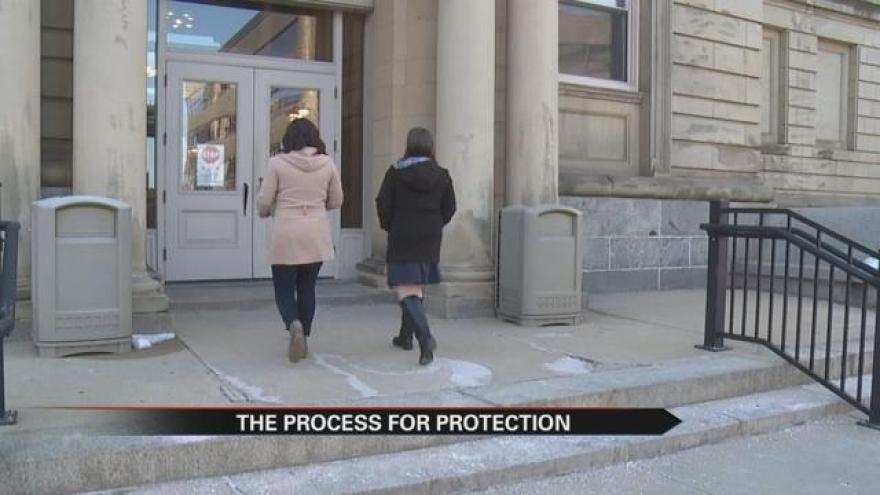 Investigators say the South Bend mother fatally shot on Sunday on Michigan Street was allegedly killed at the hands of her former boyfriend.

Kenyatta McCurry’s family told us there was a history of abuse in their relationship.

According to the YWCA, every nine seconds a woman is beaten and it’s usually by a male partner. Three in every ten women who are victims of homicide are murdered by a current or former partner.

Victims of domestic violence, sexual assault and harassment can obtain a layer of safety with a protective order. Issued by a judge, the civil order prohibits the respondent from contacting or communicating with a petitioner. It makes law enforcement aware of the situation but does not necessarily have to involve any criminal charges.

While you can pick up the paperwork from the courthouse and fill it out yourself, the YWCA offers free services to guide victims through the process.

Attorney Rebecca Hollenberg is the Victim Services Attorney and helps women file the petitions every day.

“They’re feeling very scared, frightened, they don’t know what to do, a lot of them are at their wits end,” says Hollenberg.

The paperwork asks for an explanation of the situation, any witnesses and for evidence that could be helpful.

Hollenberg says people should not be discouraged if they don’t have a lot of proof, your testimony to the judge is evidence.

In most counties, protective orders are handled by the small claims court but St. Joseph County created a special court to focus solely on protection orders in 2014.

Their offices are inside the main courthouse. You’ll ring a bell and an employee will meet with you to collect the paperwork and speak to you in private if they need any additional information.

Then, the case is reviewed by Magistrate Judge Andre Gammage. A decision could come within a few hours and the respondent could be served with the paperwork the same day.

Some requested relief requires a hearing where both sides will present evidence and testify.

Magistrate Gammage says it’ll help your case if you are able to provide proof with photos, witnesses, and social media interactions.

Even without physical evidence, Magistrate Gammage says truthfully telling your story should be enough.

“They feel a little bit safer because they’ve got this. If there’s a madman out there, this doesn’t necessarily stop the madman but it does give the person a sense of that protection. But, they then have to take those additional steps to be safe,” says Magistrate Gammage.

In addition to the protective order, Hollenberg suggests taking advantage of the services and resources offered at the YWCA. You can find out more information, here.

If you need immediate help, you can contact their 24-hour crisis line at  1-866-YES-YWCA.