Abduction and rape reported in Goshen 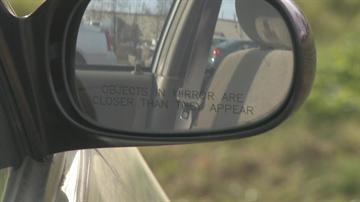 In the back parking lot the woman waited in her car for a friend who was inside visiting a relative. The victim told police she got out to smoke a cigarette and make a phone call.

“She’s estimating that she was outside for about 20 minutes,” Executive Director Brian Cook said that is what investigators told him early Friday morning.

At some point while she was out of the car, a man snuck into the backseat of her car. Cook said the nursing home does not have security guards or cameras, but the lights turn on in the parking lot at 5 p.m. and stay on until 7 a.m.

The back parking lot, where the victim was allegedly attacked opens up to a fairly  open field. The lot dead ends back there next to a patch of trees, but the wooded area is not very dense, especially with all of the leave on the ground.

Cook said there aren’t many places to hide around the nursing home and he doesnt know how alleged suspect went unnoticed. “Especially in the parking lot which is well lit, so I’m not exactly sure how that happened especially with her being there.”

According to the report, the victim was threatened and forced to drive to another location. Cook said investigators told him the suspect had a knife, “That person took her and forced her to drive to a location which we don’t know what it was.”

At an unknown location the suspect allegedly sexually battered and raped the  victim. It’s still unclear if the 21-year-old woman escaped or if she was let go, but somehow the victim was able to call 9-1-1.

In the report, the victim told police the whole terrifying ordeal lasted for an hour, from 9:30-10:30 p.m. on Thursday. Cook said investigators told him the victim called police sometime before midnight, but he did not know where the woman called from.

Officers got Courtyard Health Center just before 1 a.m. on Friday, until then Cook said no one knew anything had happened, “None of the staff here were aware that there was an incident, they didn’t see or hear anything at that time.”

Cook said he does not know what kind of condition the woman is in, “We haven’t been able to speak to the victim, and the police haven’t spoken to us since 1 a.m.”

The Goshen Police Department has released few details on this case and officials refused to comment on whether a suspect is in custody and no description of the man has been released at this time, officers would only say that the department is investigating.

Cook said he and his staff are prepared to help investigators catch the suspect, “We’re pretty devastated for the victim who was somebody we knew.”

The 21-year-old is not employed by the nursing home but does works in the building for an outside maid service.

Cook said the victim had gotten off work that morning, she had only returned to bring her friend to visit a relative there.