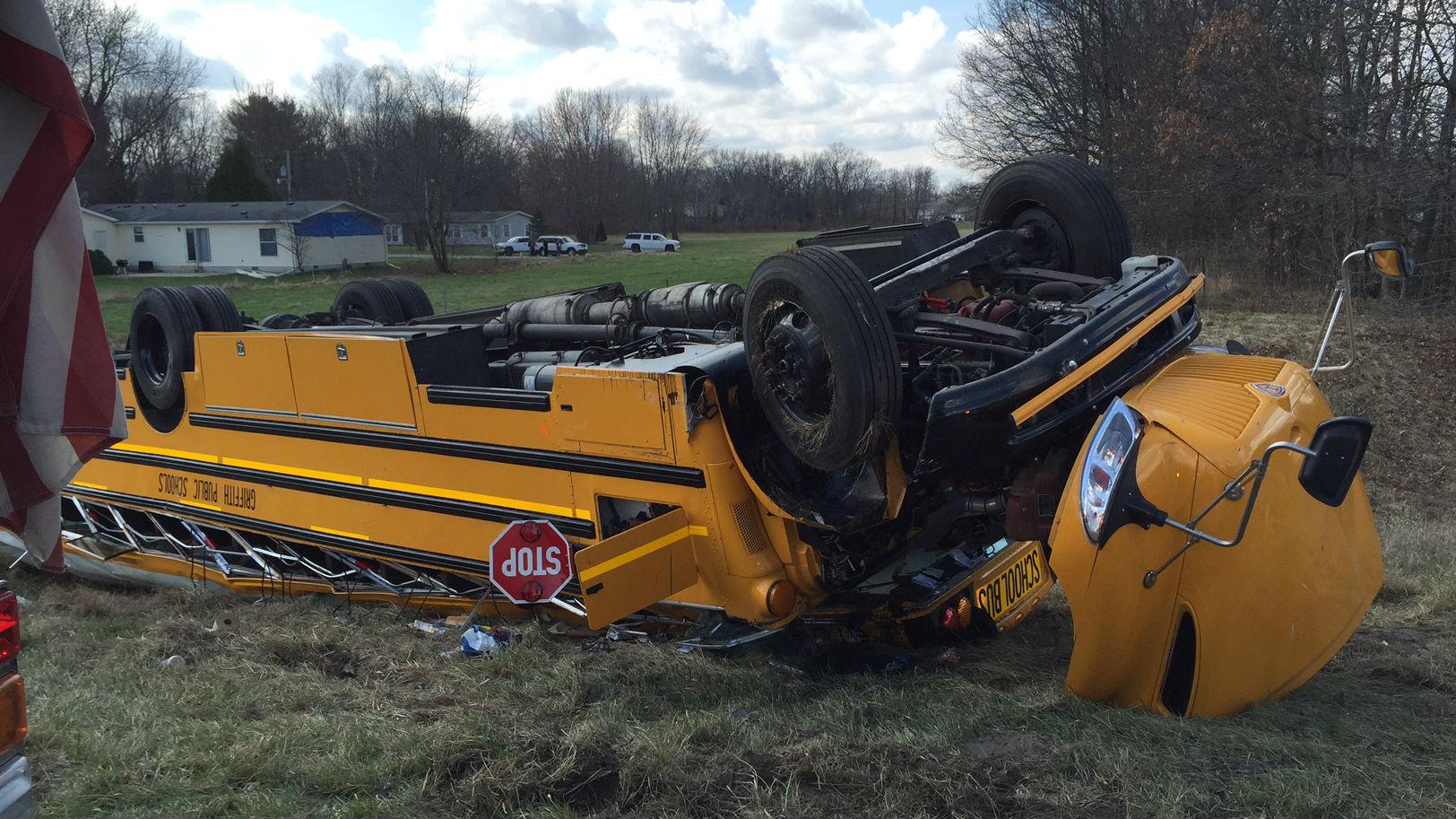 A driver of a passenger car spilled a drink on herself causing her to sideswipe a Griffith School Corporation bus causing it to roll over.

The crash happened just after noon on I-65 Saturday near the Demotte exit.

Officers say a 23-year-old female of Terre Haute was headed south when her drink lid came off spilling the drink on her.

According to police, she attempted to grab the drink and lost control of her vehicle causing her to side swipe a Griffith school bus travelling in the next lane over.

The bus then went off the roadway and rolled over.

The school bus had varsity high school basketball players and ball boy, the bus driver, coaches, managers and the athletic trainer that were going to Lafayette to play in the Semi State Basketball Tournament.

Officers say traffic was backed up for almost 10 miles during this time and all lanes were reopened at 4:00 p.m.

A school bus from Kankakee Valley School Corporation and ambulances responded to the scene and took the majority of the occupants of the bus to Franciscan Jasper County Hospital in Rensselaer.

One of the coaches was flown by air ambulance to the University of Chicago in Illinois with non-life threatening injuries.

The bus driver and a coach were taken by ambulance to Riverside Medical Center in Kankakee, Illinois with non-life threatening injuries.

The athletic trainer and 3 students were taken by ambulance to South Lake Methodist Hospital in Merrillville with non-life threatening injuries.

Small and her passenger were also taken to Franciscan Jasper County Hospital for non-life threatening injuries.