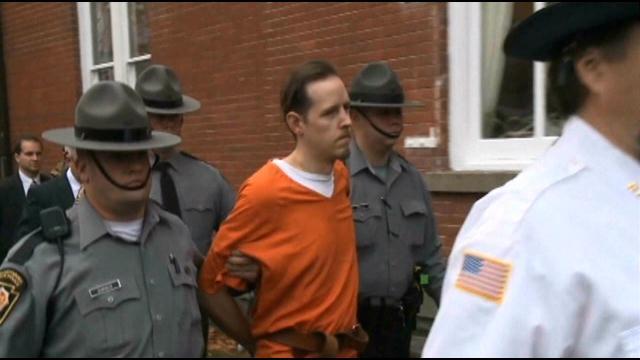 Eric Frein, the man accused in the September 12th ambush of two state troopers, is behind bars in Pennsylvania. Friday was Frein's first day in court.

Frein was hiding at an abandoned airport in the Poconos Mountains.

The arrest comes after Frein was on the run for nearly seven weeks.

The court appearance on Friday was brief, but it did preview the long list of charges that he is facing.

State prosecutors in Pennsylvania say that they will seek the death penalty.
Share this article: