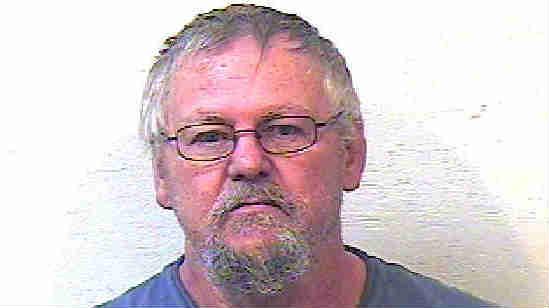 A 65-year-old man is now in custody after a three month long investigation and search for the suspect.

The Van Buren County Sheriff's Office says on October 15, 2014 they took a report of Criminal Sexual Conduct involving a minor.

During the investigation, it was alleged that a nine-year-old female was sexually assaulted by a 65-year-old man multiple times over a period of approximately a year and a half.

Police say they later found that the suspect, Michael Gwilliams of the Bloomingdale area, had fled the state of Michigan.

According to officials, the Van Buren County Prosecutor's Office authorized a felony arrest warrant against Gwilliams for Criminal Sexual Conduct and being a habitual offender.

As deputies continued their investigation, they found that Gwilliams was residing somewhere in the state of Florida and had intentions of leaving Florida and heading to Colorado.

After learning of a possible address that Gwilliams was residing at, on January 14, with the assistance of the Marion County Sheriff's Office in Florida, Gwilliams was apprehended without incident.

After his arrest, Gwilliams was extradited from Florida and returned to Michigan where, on January 28, he was arraigned in court and is being held at the Van Buren County Jail on a $5 Million cash bond.

If he is convicted, Gwilliams could face life in prison without the possibility of parole.

Gwilliams is set to appear in court on February 11 at 8:00 a.m. at the 7th District Courthouse in Van Buren County.

Police ask if anyone has any additional information about this case they immediately call the Van Buren County Sheriff's Office or Crime Stoppers.