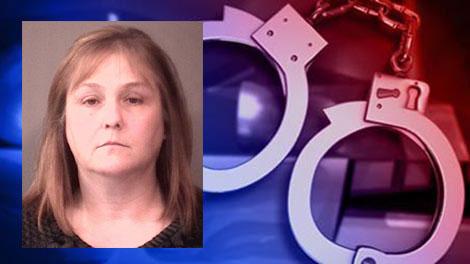 In a probable cause affidavit for the arrest of a 49-year-old woman, new details were revealed in the double murder of Joshua Knisley and Tara Thornburg on February 19.

According to the affidavit, Thomas Hursey told police he, Brandon Woody and Kyle Dehart went to Thornburg's house with the intention of stealing her marijuana.

Both Brandon Woody and Kyle Dehart were wearing gloves.

Hursey said they took a bag with a utility knife and tape with the intention of using the tape to restrain Thornburg and use the knife to slit her throat.

She allegedly didn't believe him and put her hand out for the marijuana to be returned.

The three left the residence in Kyle's  car and Woody said he shot Knisley.

Hursey said they all went to the home of Kyle's parents, Scott and Joan Dehart in Kosciusko County.

According to Hursey, around 5 a.m. on February 19th, Joan Dehart woke him and Kyle up and said police were looking for Woody and that it was all over the news. She asked where Woody was.

They said Woody was sleeping downstairs and Joan allegedly said she heard them come in and would be their alibi. She then left the house with Brandon Woody.

Fifteen minutes later, Hursey said he and Kyle Dehart drove to the Eastgate Apartments in Warsaw and Woody was in the parking lot.

A few days later, a female resident of the Eastgate Apartments said Woody came to her residence around 5:30 a.m. and had marijuana with him. Her boyfriend was not home and she didn't let Woody inside.

On March 4, officers served a search warrant at the home of Scott and Joan Dehart.

In the home they allegedly found the utility knife, a can of charcoal lighter, a black bag and a burn pile.

While searching the residence, Joan arrived and allegedly admitted she drove Woody to Warsaw.

The 49-year-old was arrested on one count of assisting a criminal.

Mrs. DeHart is a teacher at Wawasee Community School Corporation. Pending the outcome of the present legal situation, she has been placed on administrative leave.