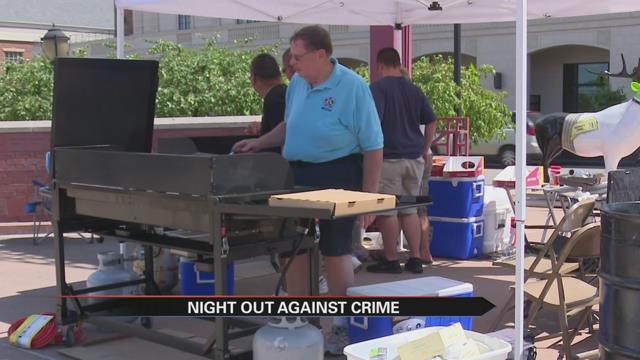 Tuesday night police departments across the county are celebrating National Night Out.

It's an event that encourages community members to get to know their police department better and in Elkhart the event comes hours after a triple homicide.

“We do this [event] regardless we are here for all of the citizens all of the time and this is just our way of giving back,” says Sergeant Chris Snyder with the Elkhart Police Department.

Elkhart’s Night Out Against Crime was on the calendar way before this past weekend's violence but Mayor Tim Neese still hopes it can help.

“That information that can be conveyed to the police is extremely vital,” says Mayor Neese referring to the window of time after a crime happens.

The city's leader says he hopes the sight of police grilling and playing games like everyone else in the community will break down walls.

“They have a unique profession but once that uniform is removed they are just like all of us,” says Mayor Neese.

Police assure the crimes this weekend were targeted but say booths at Tuesday’s event will give info on how to avoid being at the wrong place at the wrong time.

“Do the best you can do like going to this event and getting that information that can help prevent you from being that victim,” says Sergeant Snyder.

Elkhart’s Night Out is free and last until 8 p.m.