After rainfall miss, drought will likely expand into August

NOW: After rainfall miss, drought will likely expand into August

After a near-normal first half of summer in terms of rainfall in South Bend, rain chances will be harder to come by into August. Drought could expand across the majority of Michiana by the end of the summer.

Most of the region did not see significant rainfall from showers and thunderstorms on Monday, with many local gauges reporting less than a tenth of an inch of rain. The monthly rainfall deficit is approaching 1 inch in South Bend. 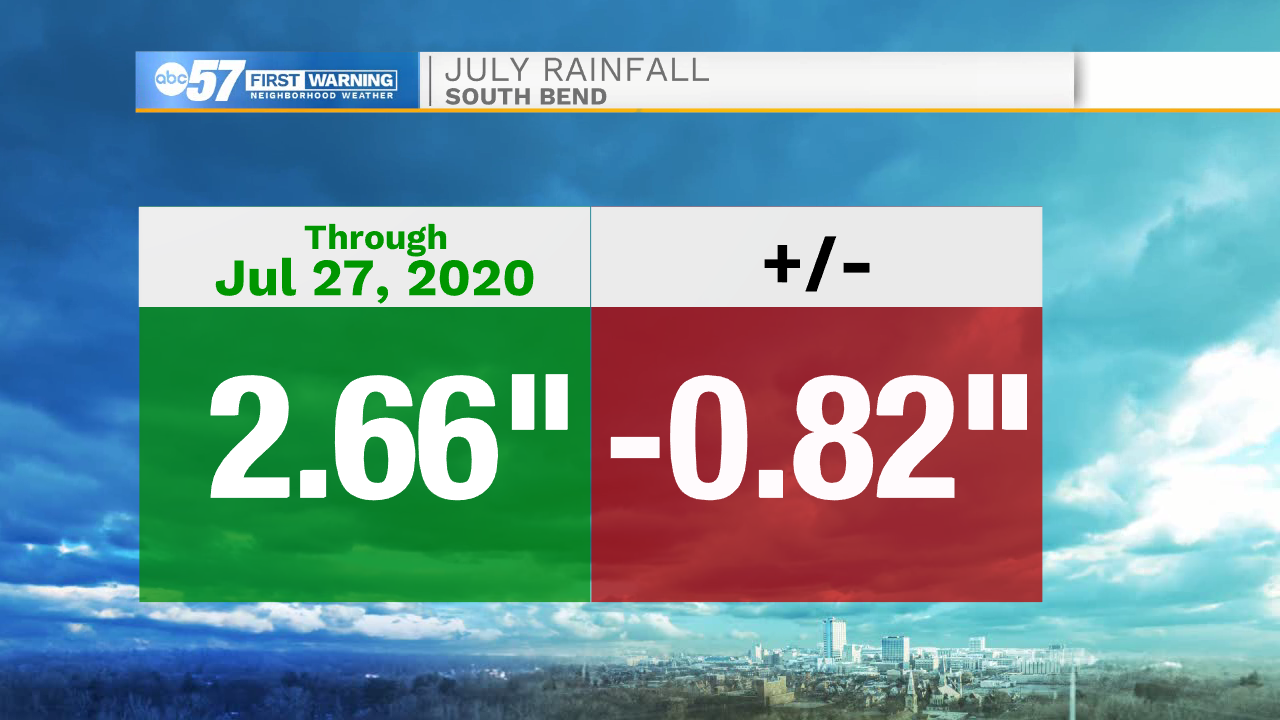 No widespread rainfall is expected for the last few days of July. Additionally, there aren't many opportunities for rain for the next 7 days. 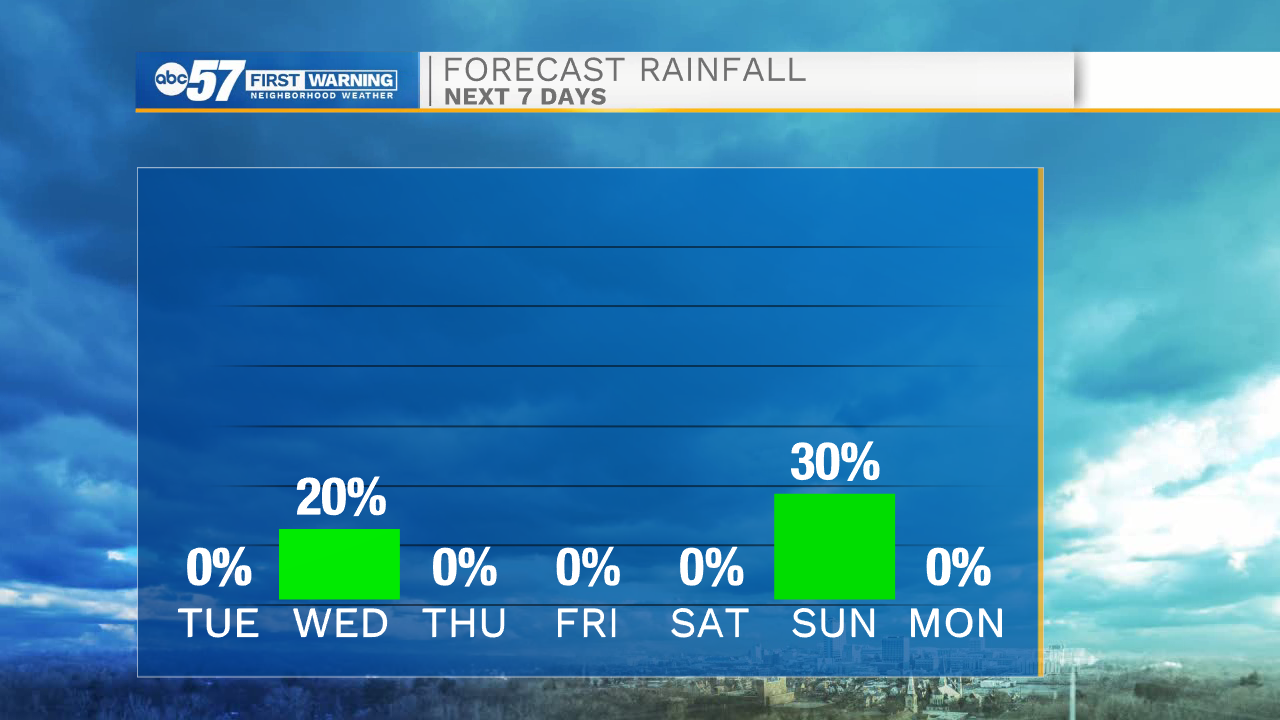 Even if Michiana does get some showers, any heavy rain will most likely impact areas south and east of Michiana. 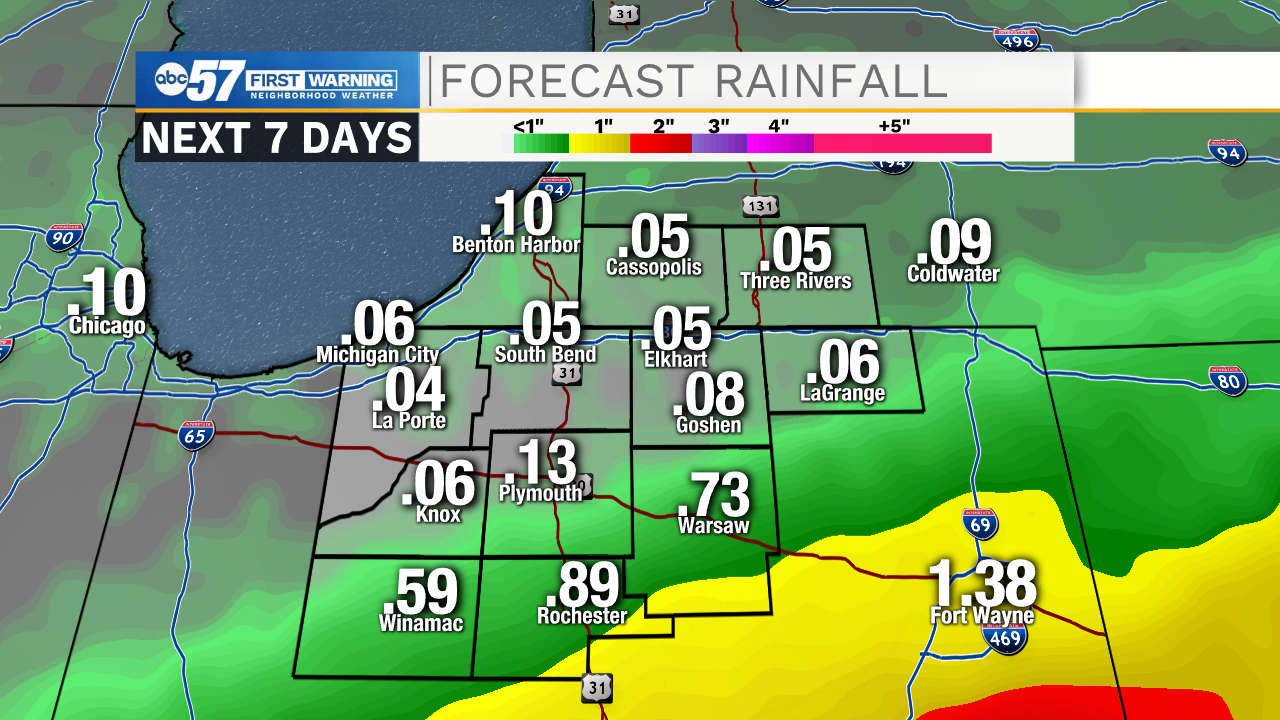 The rain shortfall could start to approach 1.5 inches of rain as we start August. 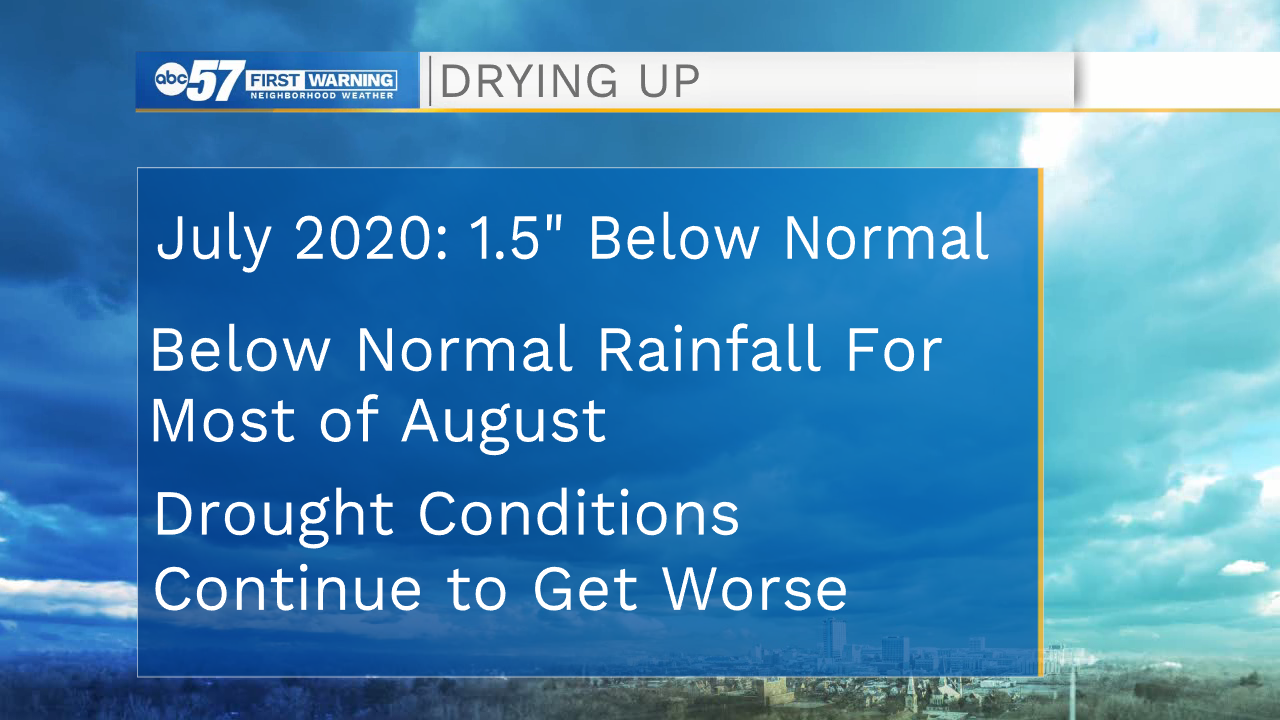 Keep in mind, most of the areas south and east of South Bend have been in a much more dire rainfall situation for most of the summer. Here's a look at the numbers as of Monday morning: 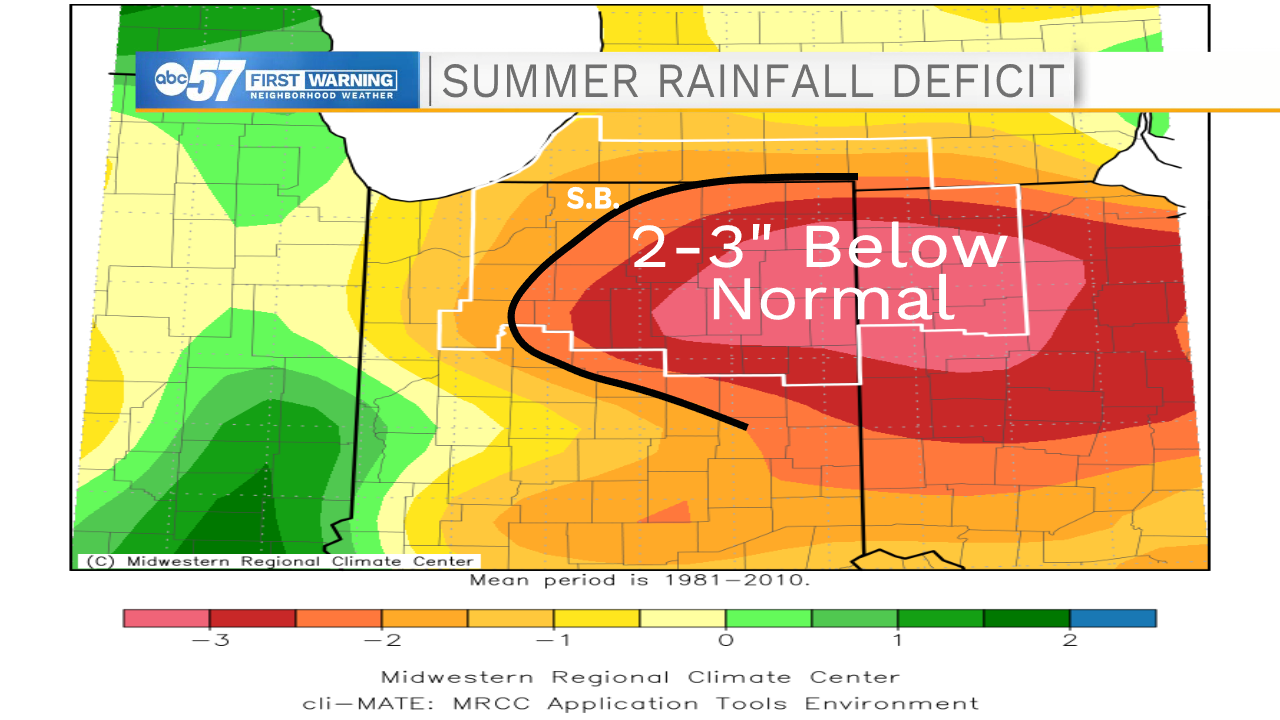 While our upcoming pattern change will bring less humidity and more sunshine, it will be a double-edged sword. Below normal rainfall will likely lead to an expansion and/or deepening of the drought across Michiana and could mean higher water bills into the start of September.

We'll continue to monitor the mostly dry conditions over the coming weeks.