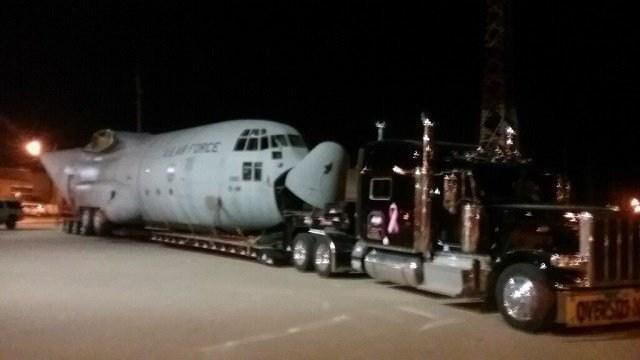 The plane was being transported without its wings on a flatbed truck to Indiana when the driver had routing problems that led him into Sparta, according to Police Chief Andrew Milanowski.

The plane stands just over 16 feet tall, however, an underpass and all power lines in town are approximately 13 feet tall causing the aircraft to get stuck.

Traffic was blocked for nearly two hours until authorities were able to get it off the roadways and onto the city hall parking lot. The aircraft will remain there overnight.

Milanowski said there is a route planned that they believe will get the truck and aircraft back on track to Indiana. The driver plans to depart at 8 a.m. Friday.