Ambulance transporting shooting victim to hospital crashes on near northeast side 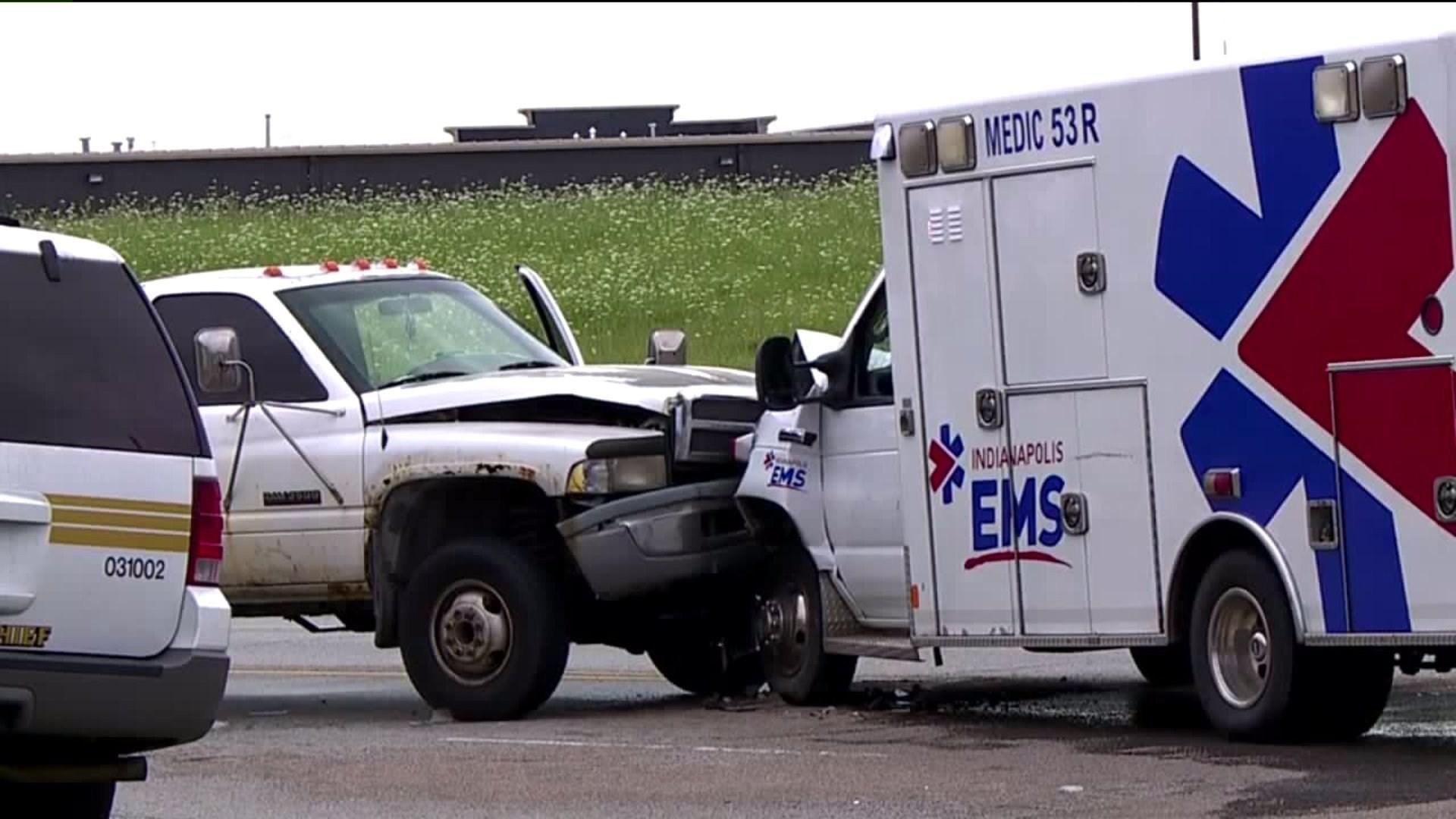 Indianapolis -- An ambulance transporting a shooting victim to the hospital was involved in a crash on Indy's near northeast side.

The accident occurred at Keystone Avenue and 24th Street near Interstate 70 and involved four vehicles, including the ambulance. The area is shut down.

Officials say the ambulance was transporting one of two victims who were shot just after 2 p.m. One shooting happened near 38th and Oxford and the other near 34th and Sherman.

The ambulance was heading to Eskenazi Hospital when it crashed.

Two Indianapolis Fire Department personnel were on the ambulance and are being transported to an area hospital for evaluation.

The shooting victim was transferred to another ambulance and taken to the hospital.