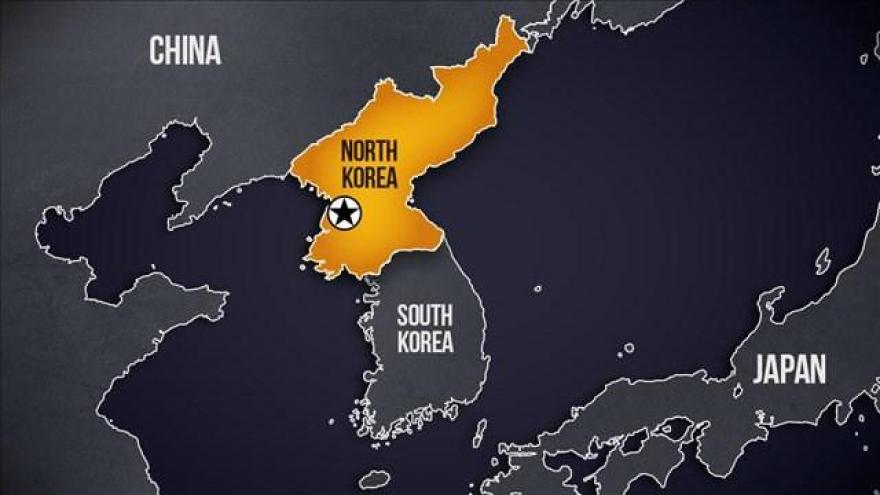 (CNN) -- North Korea detained an unidentified US citizen for unknown reasons as he was planning to fly out of Pyongyang International Airport on Saturday morning.

The detention was confirmed by Martina Aberg, deputy chief of mission at the Embassy of Sweden in Pyongyang. The Swedish Embassy represents US interests in North Korea, since Washington and Pyongyang do not have direct diplomatic relations.

"He was prevented from getting on the flight out of Pyongyang," Aberg told CNN. "We don't comment further than this."

The detained American is a professor with the frequently-used Korean surname "Kim," according to South Korea's Yonhap News Agency.

At least two other US citizens are known to be in North Korean custody.

Otto Warmbier, 21, a student at the University of Virginia, was detained at Pyongyang airport on January 2 last year after visiting the country with a tour group. He has since been sentenced to 15 years of hard labor for allegedly removing a political sign from a hotel wall.

Kim Dong Chul, a naturalized US citizen of Korean origin, was arrested on October 2015. Last year, North Korea sentenced him to 10 years of hard labor on espionage charges.

Other US citizens freed

Since 2013, at least two other US citizens and a British journalist have also been detained for shorter periods and then released.

All of them were grabbed by North Korean security forces as they attempted to fly out of Pyongyang airport.

Merril Newman, who at the time of his October 2013 detention was an 85-year old US veteran of the Korean War, was released two months later after a videotaped apology. American Jeffrey Fowle spent five months in detention in 2014 for allegedly leaving a bible at a club for foreign sailors.

And last May, North Korean security officers detained BBC reporter Ruper Wingfield-Hayes as he was about to fly out of the country. He was interrogated for at least 10 hours and accused of defaming the Korean nation before eventually being released.

The detention comes amid a buildup of tension on the Korean peninsula. The US and Chinese governments have repeatedly warned the North Korean regime not to conduct a sixth nuclear weapons test. Pyongyang says it has the right to develop nuclear weapons.

Meanwhile, South Korea and Japan -- both key US allies in the region -- have condemned frequent North Korean missile launches that are all banned under United Nations Security Council resolutions.

Washington recently dispatched the USS Carl Vinson aircraft carrier strike group to the region as a warning to Pyongyang.