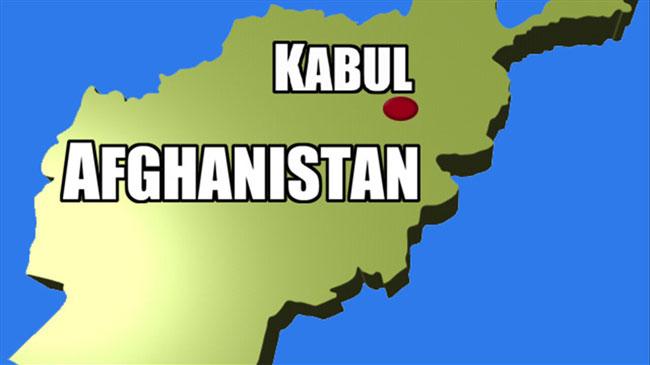 (CNN) -- Ahmad Samin was teaching a chemistry class Wednesday evening when the assailants struck American University of Afghanistan in Kabul.

The attackers opened fire and detonated explosives on the campus. Quickly, the lights went out in Samin's classroom.

"It was very dark, (and) everyone was running. Everyone started screaming," said Samin, who is a US citizen. "(It) was the scariest moment in my life. I was just thinking about my son and daughter who are in (the United States)."

Amid black smoke, he took off running with the students and other faculty, and "the smoke entered my mouth" as he fled, he said.

Details of the attack remain unclear but one guard was killed and 21 students were injured, said the head of Kabul Hospitals.

A police operation was set to begin to search for any attackers on the property, according to Interior Ministry spokesman Siddiq Siddiqui.

A senior State Department official told CNN people are trapped inside and insurgents are still on campus. An Afghan response unit is on scene.

There are not a lot of Americans studying at the university, the official said, but there are a number of Americans on the faculty who could be trapped inside. The US Embassy in Kabul is trying to account for those Americans.

A student, who asked to remain anonymous out of fear for his safety, told CNN he heard two explosions and his friends are reporting they are trapped in a building.

Samin said he believes the attackers hit the gate at the university's entrance with a car.

Witnesses said they heard gunshots and a blast, while Tarek Mahjari, a reporter for Afghan news channel TOLOnews, told his employer in a phone interview that fires were burning on the campus.

Ambulances, security forces and search and rescue teams were en route to the university. A crisis response unit entered the university, where officials said dozens of students and staff were trapped.

Two of Samin's students called him after the attack to say they had been injured. One suffered an injury to his back; another's leg was wounded.

Samin did not know if they had been shot or injured in another fashion. He hasn't been able to reach either student since the initial phone call, he said.

The anonymous student, who is 24, was in a lecture class, he said. Many students were returning from evening prayers, he said.

Shortly after the lecture began, he said, there was a "very enormous and harsh sound" -- an explosion roughly 50 meters from his classroom.

"Everyone looked around the room looking for an escape," he said. "We have an emergency exit area in the corner of the campus. It's like a gate that opens when people need to get out of campus. Everyone was running out of there."

He heard gunfire as they ran, then a second explosion. Both explosions came from the school's entrance, he said.

"People were screaming for help. Everyone was screaming," he said.

He saw several people injured -- some from glass, others by bullets. A guard had injuries that appeared to be a result of one of the explosions, he said.

The student said he had heard from friends trapped in three buildings.

The school opened in 2006. It's the only private, nonprofit coed university in the country and has about 1,700 full- and part-time students.

It is considered an elite school that represents the modern and moderate Afghanistan, where many afghan government and nongovernment organization officials have studied. The United States funds a lot scholarships for Afghans to study, including many for women.

The blast occurred at 7:50 p.m., when students were gathering and eating together.

It comes less than three weeks after the school was forced to suspend campus operations after two teachers -- an American and Australian -- were kidnapped at gunpoint. Their whereabouts remain unknown.

A rash of kidnappings and Taliban bombings have heightened security fears in Kabul, the Afghan capital. American and other diplomats have been barred from traveling by road the short distance from the city's international airport to their diplomatic missions. Instead, they've been ferried by helicopter.

Many countries, including the United States and United Kingdom, have longstanding travel advisories against all but essential travel to Afghanistan because of the security situation.

"We are closely watching the situation at the American University in Kabul," a U.S. defense official told CNN. "A small number of advisers from the Resolute Support Mission is currently assisting Afghan forces as they respond. These advisers are not in a combat role; they are advising their Afghan counterparts."