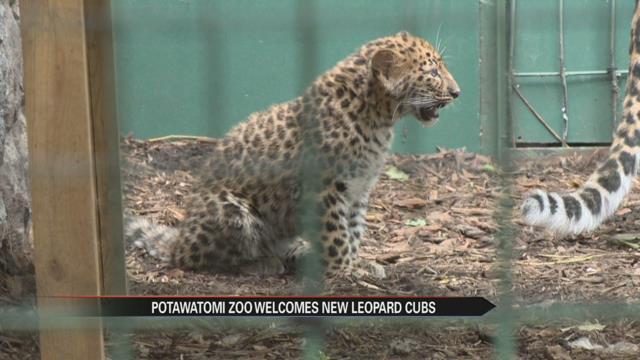 The Potawatomi Zoo announced Wednesday that the three rare Amur Leopard cubs are now going to be on display.

The three cubs were born on March 20, and 13-year-old mother Pearl has been taking care of her babies out of the spotlight.

Marcy Dean, the Executive Director of the Potawatomi Zoo, says the birth of the three cubs is extremely important, because Amur Leopards are the world’s rarest big cat.

“Just to put it into perspective, there are just around 70 Amur Leopards left in the wild, just about 100 in zoos. We have the only three babies in US zoos this year. No babies born last year. So this is a boom to the genetic population for Amur Leopards," said Dean.

In less than one year, the cubs will be sent to different locations to breed and hopefully keep Amur Leopards from becoming extinct.

Currently, the cubs don’t have names and the zoo is holding a naming contest.