Anger over Warmbier death grows amid calls for travel ban 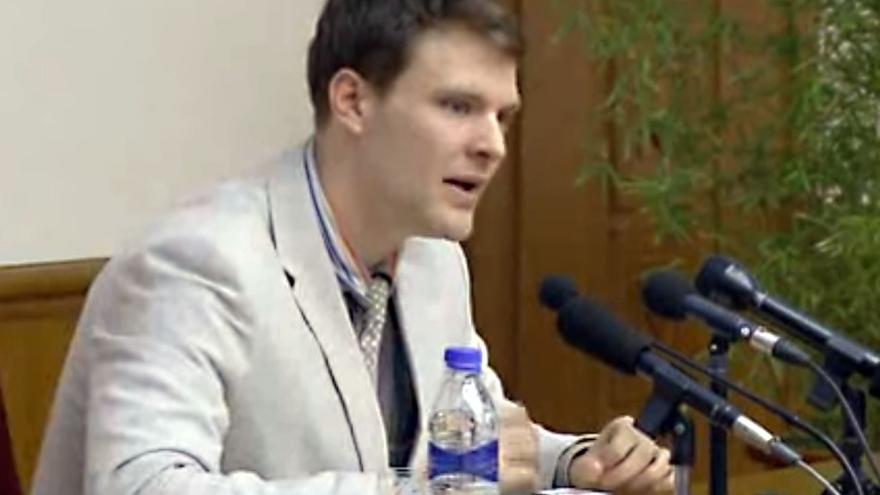 WASHINGTON (CNN) -- Anger over Otto Warmbier's fate continued to build Tuesday, with lawmakers declaring his death a "murder" and calling for travel restrictions to North Korea while the Trump administration considered how to respond.

The Warmbier family announced Tuesday that the 22-year-old will be laid to rest Thursday morning in Ohio, as Republican and Democratic lawmakers decried his treatment by Pyongyang and floated the idea of banning American travel to North Korea as a first step.

The calls for a response come as spy satellites detected new activity at North Korea's underground nuclear test site for the first time in several weeks, according to two US officials who spoke to CNN. They also said military options for North Korea have recently been updated and will be presented to President Donald Trump if there is a nuclear test.

However, on the eve of a high-level meeting with China, Pyongyang's largest trade partner and closest ally, the Trump administration has sounded a more cautious note, saying that they hold North Korea responsible for Warmbier's death but giving no indication of how they will respond.

Officials from Trump down have expressed sadness about the college student's fate, but say that for now, they haven't decided on a course of action.

"We have a great deal of resolve to try to handle the situation and try to hold North Korea responsible for the death of Mr. Warmbier and bring back those three Americans who do remain there," Nauert added.

Trump tweeted a somewhat conciliatory sounding message to Beijing, saying "while I greatly appreciate the efforts of President Xi & China to help with North Korea, it has not worked out. At least I know China tried!"

He also tweeted that "the U.S. once again condemns the brutality of the North Korean regime as we mourn its latest victim."

The usual menu of retaliatory measures against North Korea include sanctions that target its businesses and officials. Many lawmakers and analysts say the next step has to be sanctioning Chinese companies that do business with North Korea.

And lawmakers from both sides of the aisle are urging consideration of a ban on American travel to the isolated country.

Sen. Bob Corker, the Tennessee Republican who chairs the Senate Foreign Relations Committee, raised the issue on MSNBC: "Examining the travel implications and the fact that Americans do end up caught up in this situation, and should there be a travel ban for US citizens going there relative to this?" Corker said. "That's something we're looking at."

He noted that there are three other Americans detained in North Korea with "trumped-up charges against them."

Corker added: "We have to figure out whether it's best to allow people to do that, and then end up in a situation where we're doing everything we can as a nation to get them out."

His colleague from Washington state, Democratic Sen. Maria Cantwell, called for licensing of humanitarian groups that enter the country. "We obviously want humanitarian work to continue in North Korea, but I think we need to think hard about making it safer for our citizens who do travel there."

The framework for a travel ban is already in place.

Last month, California Democratic Rep. Adam Schiff and his Republican colleague Rep. Joe Wilson of South Carolina introduced the North Korea Travel Control Act. The bill would require the Treasury to issue regulations requiring a license for transactions related to travel to, from and within North Korea by US citizens -- and bar licenses for tourist travel.

Schiff was among many lawmakers who deemed Warmbier's death a "murder," echoing Arizona Republican Sen. John McCain, Minnesota Democratic Sen. Al Franken and others when he said in a statement that "the barbaric treatment of Otto Warmbier by the North Korean regime amounts to the murder of a US citizen."

Referring to Secretary of State Rex Tillerson, she added, "the secretary has the authority to do it, he just has not come to a conclusion about how this would potentially work."

Nauert stressed that the State Department issued a travel warning for North Korea that lays out the dangers. "We think that our travel warning that we've had in place for some time is quite strong," she said.

Still, Americans continue to travel there for the novelty as well as to teach in universities and do discreet missionary work. About 17 US citizens have been detained in the past 10 years, including the three Americans who remain imprisoned there.

Warmbier had gone for five days of sightseeing in 2016, only to be jailed for allegedly stealing a poster from a hotel and sentenced to 15 years of hard labor. He was imprisoned for 17 months before being returned to the US, comatose, on June 13.

Eastern Vision, a Hong Kong-based tour company that specializes in travel for university students and new graduates, stopped taking US citizens on tours to North Korea in early 2016, after Warmbier's arrest.

The company had previously taken two other Americans on a student exchange in Hong Kong to North Korea, co-founder Rubio Chan told CNN on Tuesday. In the wake of Warmbier's death, Chan said the company will continue that suspension.

On Tuesday, South Korean President Moon Jae-in expressed regrets over Warmbier's death and sent condolences to his friends and family, according to presidential spokesman Park Soo-hyun.

In an interview with a foreign media outlet, Moon said, "it is deplorable that North Korea does not respect human rights, which are the universal norms and values of humankind."