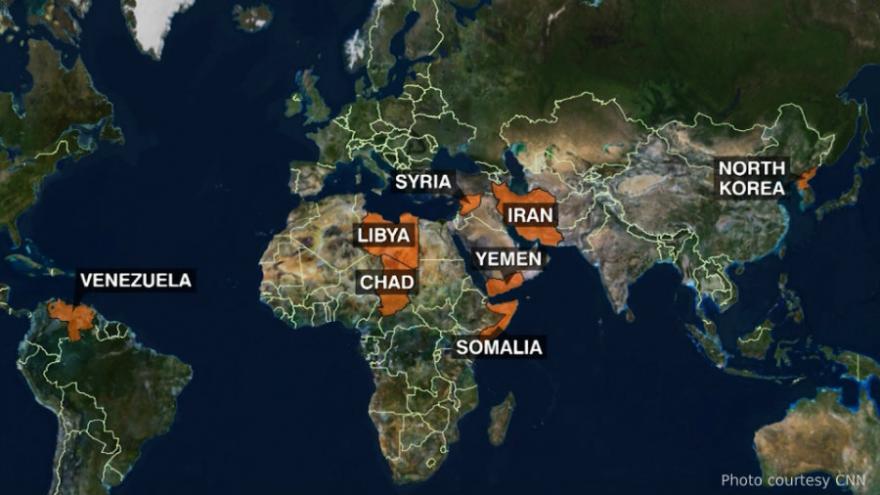 (CNN) -- A three-judge panel of the 9th US Circuit Court of Appeals ruled Friday that the latest version of President Donald Trump's travel ban violates federal law.The travel ban itself, however, remains in effect. The Supreme Court issued an order this month saying the ban can be enforced while challenges to the policy make their way through the legal system. This case, a challenge brought by the state of Hawaii, is one of those challenges.

The three judges, all nominees of President Bill Clinton, said the travel ban exceeds the President's authority, calling it "an executive override of broad swaths of immigration laws that Congress has used its considered judgment to enact."

In addition, the ban's "indefinite entry suspensions constitute nationality discrimination in the issuance of immigrant visas," the judges wrote.

They also say the ban does not adequately explain why people from certain countries are a danger: "The Proclamation makes no finding that nationality alone renders entry of this broad class of individuals a heightened security risk or that current screening processes are inadequate."

This is the third time the 9th Circuit has ruled against a version of the travel ban.

Issued in September, the third edition of the ban placed varying levels of restrictions on foreign nationals from eight countries: Chad, Iran, Libya, North Korea, Syria, Venezuela, Somalia and Yemen. The White House has maintained that the President has the authority to install travel bans in order to protect national security.

The appeals court had allowed the ban to go into effect except for foreign nationals who have "bona fide" relationships with people or entities in the United States. The language of the order was adopted from a Supreme Court order pertaining to an earlier version of the ban.