Arrest made in Jodie Henderson homicide 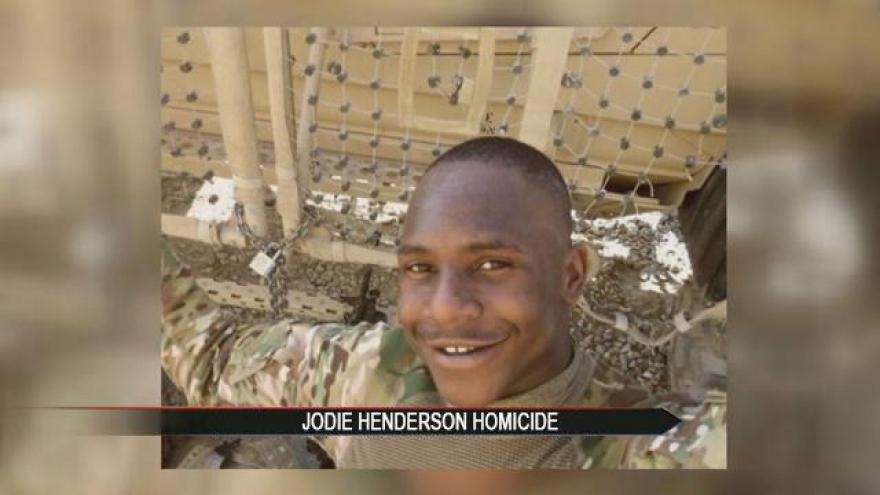 During a press conference at Metro Homicide, St. Joseph County Prosecutor Ken Cotter announced an arrest in the murder of Jodie Henderson.

Henderson's body was found on Sorin Street just after 7 a.m. January 16. It was the first homicide in South Bend in 2016.

Jabreeh Cash Davis-Martin, 22, has been charged with one count of murder. He has been in custody since February 18 on an unrelated charge.

Cotter said the investigation revealed while at a party at the home of Felisha Sconiers, Henderson told Sconiers he had romantic feelings for Davis-Martin.

Davis-Martin then allegedly struck Henderson with furniture from the home.

Davis-Martin left and went to another party. There he allegedly told others he "Killed a [expletive deleted]" and had stabbed him as well.

When Davis-Martin returned to his mom's house, he saw Henderson lying in the road in a fetal position. He allegedly attacked him again, then attempted to hit him with a brick, according to the probable cause affidavit.

People who were with Davis-Martin prevented him from striking Henderson in the head with the brick, according to the probable cause affidavit.

According to the autopsy,Henderson died as a result of sharp and blunt force trauma, with the weather being a contributing factor.

Henderson also had alcohol in his system, according to Cotter.

The ATF was also instrumental in the investigation.

"ATF agents in this local office were very, very helpful, in fact I made a call to their Regional Agent Scott McCart this morning and congratulated how great of a job they did," said Metro Homicide Commander Tim Corbett. "They were imperative in this coming to an end."

Corbett was asked if this investigation meant more because Henderson was a veteran.

"I have the utmost respect for anybody who serves this country," Corbett said. "It wouldn't make any difference to me if he would've been a garbage man. The fact that somebody killed him, that's what we're tasked to do and that's what we're going to do."

Corbett added the investigation was a collaborative effort.