Arrests made in shooting that injured four girls in a vehicle 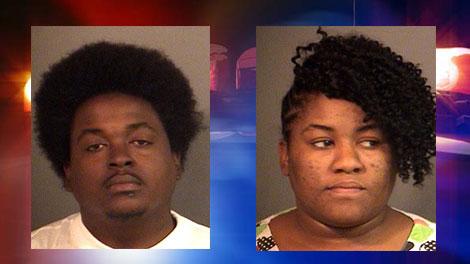 Two people have been charged in relation to a shooting incident involving a vehicle with four female juveniles between the ages of 12 and 14 early Sunday morning, according to the South Bend Police Department.

James Carter was arrested and preliminarily charged with two counts of aggravated battery.

Jacquise Carter was arrested and preliminarily charged with aiding/assisting a criminal and battery.

At approximately 12:45 a.m. South Bend Police were called to Van Buren and Harrison for reports of shots fired.

When they arrived in the area, they found a vehicle crashed at the intersection of California and Harrison.

Inside the vehicle, officers found four female juveniles between the ages of 12 and 14. A fifth person, a 15-year-old male, fled from the scene.

Two of the girls were injured as a result of the gunfire. All four were taken to the hospital, treated and released, according to South Bend Police.