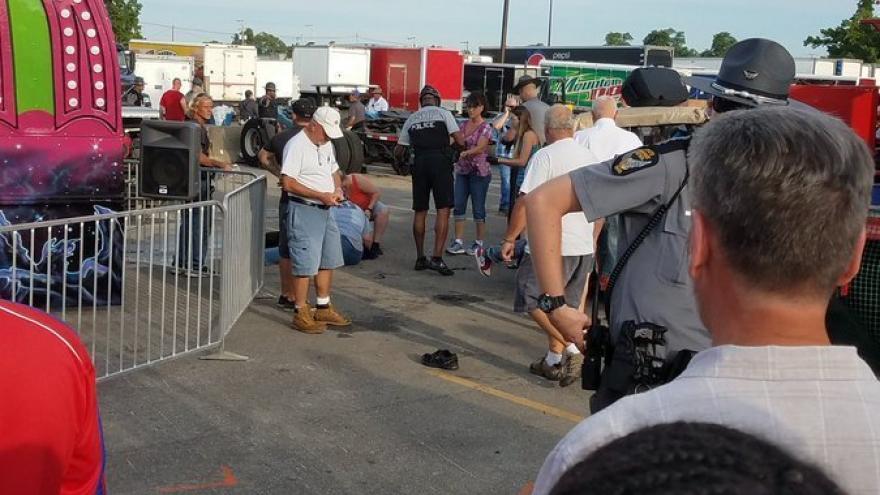 (CNN) -- At least one person was killed when a ride malfunctioned at the Ohio State Fair on Wednesday, Columbus Fire Battalion Chief Steve Martin said, according to the Columbus Dispatch and CNN affiliate WCMH.

It was the first day of the fair.

"I am terribly saddened by this accident, by the loss of life and that people were injured enjoying Ohio's fair. Our thoughts and prayers go out to those grieving and injured," Kasich said. "I have ordered a full investigation into this incident and have ordered that all fair rides be shut down until additional safety inspections can be completed."