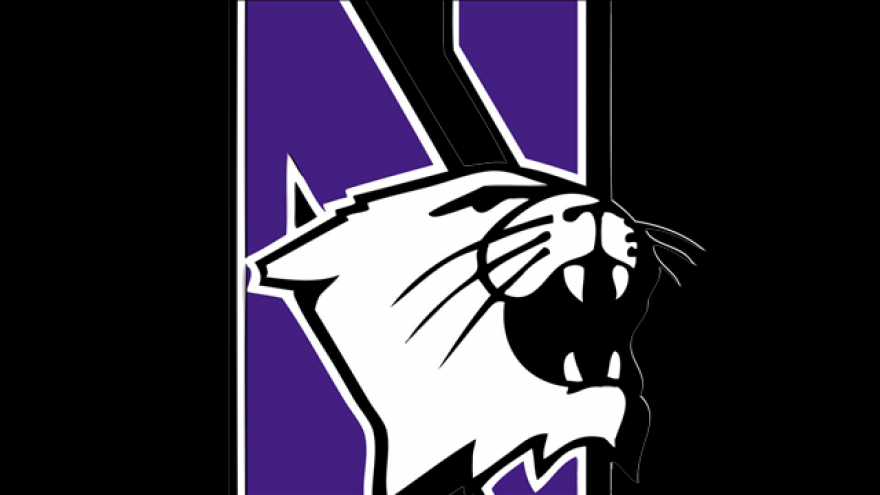 After a 78-year wait, the Wildcats finally are going dancing for the first time. It became official when the 68-team men's bracket was revealed on NCAA Selection Sunday: Northwestern (23-11), who is part of the Big Ten Conference, has earned an at-large bid to the NCAA tournament. The program is the last longstanding member of a major conference to reach the Big Dance.

Northwestern is seeded eighth in the West Region and will face No. 9 seed Vanderbilt (19-15) on Thursday in Salt Lake City.

"I knew we'd be in there; it was just about where and who we were going to play," Wildcats head coach Chris Collins told CBS. "When that name came across, the joy in that arena, the smiles, to see the players jumping around, I mean that's why you do this. There's nothing better than this tournament. There's nothing better than this time of year. For us to be a part of it is going to be really special."

The NCAA tournament top overall seed is Villanova (31-3), who dramatically won last year's national championship when Kris Jenkins hit a three at the buzzer. The Wildcats will play in the East Region. The other No. 1 seeds are Kansas (28-4) in the Midwest, North Carolina (27-7) in the South and Gonzaga (32-1) in the West.

There's another bit of history. For the first time, a father and his son are head coaches in the same NCAA tournament field. Louisville head coach Rick Pitino has guided the Cardinals to a No. 2 seed in the Midwest. His son, Minnesota head coach Richard Pitino, has the Golden Gophers as a No. 5 seed in the South.

On Wednesday afternoon, the University of Michigan men's basketball team plane was involved in an accident while departing for the Big Ten tournament. According to the team, the takeoff was aborted, and the plane slid off the runway. While the plane sustained what appeared to be significant damage, everyone on board was safely evacuated.

With the forced change of plans, the Wolverines flew out Thursday to Washington, arriving shortly before their game against Illinois. Playing in their practice uniforms (the real ones were on the plane), they won by 20. And the No. 8 seed kept winning.

On Sunday afternoon, Michigan (24-11) defeated No. 24 Wisconsin 71-56 to win the conference tournament title, and that trophy will be on a plane back to Michigan.

"You're going to come back 20 years from now," head coach John Beilein said to CBS on the court. "That trophy is going to sit there, and you're going to tell your grandkids about those five days. Those five days ... and you'll love it forever."

Michigan earned a No. 7 seed in the NCAA tournament Midwest Region and will face No. 10 seed Oklahoma State (20-12) on Friday.

Today, 347 men's college basketball teams play in Division I -- the NCAA's top tier. Originally, there were 160 Division I teams, and of those, Northwestern was one of five teams who has never played in the NCAA tournament. The others are Army, The Citadel, William and Mary, and St. Francis (New York).

It feels a bit crazy, considering that NCAA men's basketball championship history began in 1939, when Oregon defeated Ohio State for the title just north of Chicago in Evanston, Illinois, where Northwestern is located.

This season, the Wildcats finally broke through, setting the school record for wins. In the Big Ten tournament, Northwestern reached the semifinals for the first time after upsetting No. 25 Maryland 72-64 on Friday.

Northwestern also bolstered its NCAA tournament resume with a road win last month at one of the toughest places to play, taking out then-No. 7 Wisconsin 66-59 at the Kohl Center in Madison. The Wildcats' Big Ten tournament run ended Saturday with a 76-48 loss to the Badgers.

And perhaps there was some leftover magic from when the Chicago Cubs won the World Series? On March 1, with 1.7 seconds left, Northwestern's Nathan Taphorn heaved a court-length pass to Dererk Pardon, who hit a buzzer-beating layup to stun Michigan 67-65.

There's even star power off the court. Actress and Northwestern alumna Julia Louis-Dreyfus -- who was shown on camera cheering on the Wildcats at the Big Ten tournament -- is the mother of sophomore forward Charlie Hall.

The 2017 NCAA men's Final Four will be April 1 at University of Phoenix Stadium in Glendale, Arizona. The national championship game is April 3.

The women's NCAA tournament 64-team field will be announced Monday at 7 p.m. ET. That championship game will be April 2 at the American Airlines Center in Dallas.