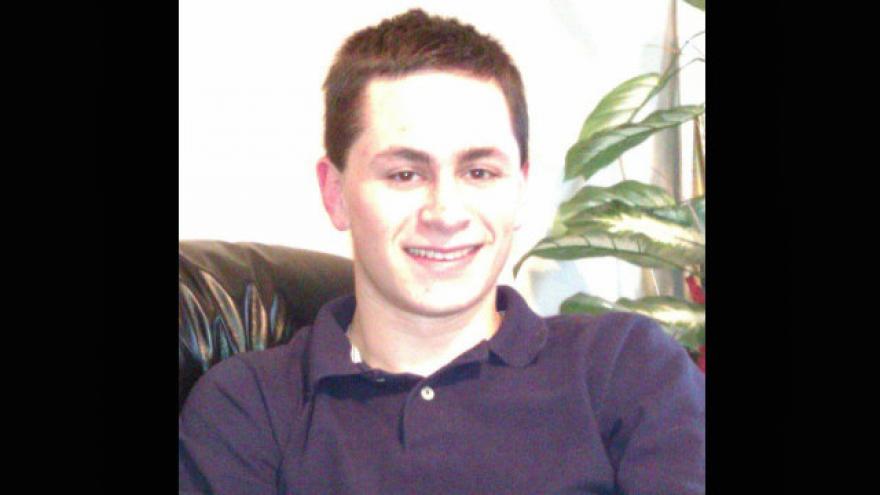 Police have identified the Austin serial bombing suspect as Mark Anthony Conditt, according to a source with direct involvement in the investigation. Photo courtesy Mark Conditt/Facebook 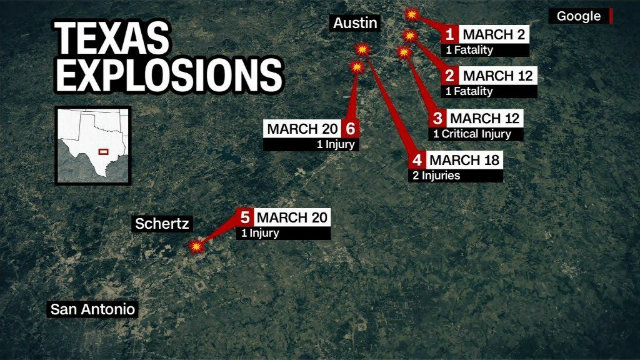 A map of the explosions that brought a nearly three-week spate of terror to Texas. Google

(CNN) -- Mark Anthony Conditt recorded a confession and killed himself in a final explosion, ending a wave of package bombings that terrorized Austin for weeks.

But none of the evidence that investigators have gathered has yet given police many clues as to what motivated the 23-year-old man to embark on a nearly month-long spree of violence.

A 25-minute recording was found on Conditt's cellphone when police recovered his body Wednesday morning. 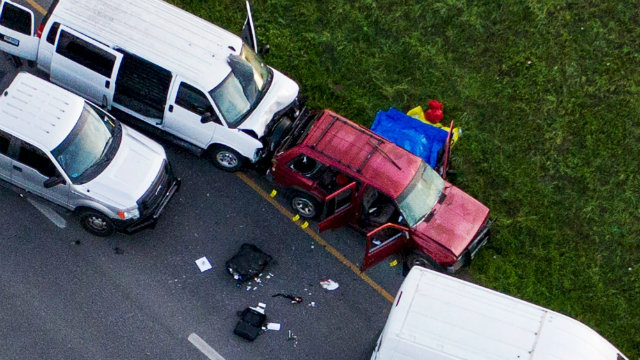 Authorities were following Mark Anthony Conditt's car until he pulled into a ditch and blew himself up, police say. The bomber died in the explosion on March 21st, 2018. Jay Janner/Austin American-Statesman via AP
in his life that led him to this point," interim Austin police Chief Brian Manley said.

In his confession, Conditt described the components of seven bombs he built -- including, authorities believe, the one he used to kill himself -- and detailed the differences among the bombs, Manley said.

But the video itself failed to shed light on a possible motive. He did not make any references suggesting involvement with terror groups or that the bombings were hate crimes.

"I know everybody is interested in a motive and understanding why. And we're never going to be able to put a (rationale) behind these acts," Manley told reporters Wednesday night.

Inside the bombmaking lair

Federal agents searched for hours the home that Conditt shared with at least two people.

SWAT vans, robots and dozens of officers in tactical uniforms flooded the streets of Pflugerville, an Austin suburb of about 50,000 people.

Inside a room, agents found components for making similar bombs to the ones that exploded in the past weeks, said Fred Milanowski, the special agent in charge for the Bureau of Alcohol, Tobacco, Firearms and Explosives' Houston office.

Agents did not find any finished bombs on Wednesday, Milanowski said.

The devices that exploded in Austin and near San Antonio were pipe bombs with batteries and smokeless powder and were constructed with materials found in a hardware or sporting goods store, a law enforcement source with knowledge of the investigation told CNN

The bombs had distinctive shrapnel inside. Some had "mouse trap" switches and others had "clothespin" switches, the source said.

Frank Alvarado and his two children were among several people who were asked to evacuate homes and businesses within five blocks of Conditt's home as agents removed explosives.

"You would never think it's going to happen over here because everything was happening down south," Alvarado told CNN affiliate KXAN. "You never think it's this close to home -- I'm just two blocks away."

What his roommates knew

Conditt's two roommates were detained and questioned by police as investigators try to determine if he acted alone.

They were not arrested and neither roommate was identified.

Jennifer Whiters said her son moved to Conditt's three-bedroom home after a friend told him about a room for lease that was vacant.

In the three months that his son has lived at the Pflugerville home, Withers said she never saw Conditt and that her son didn't express any concerns.