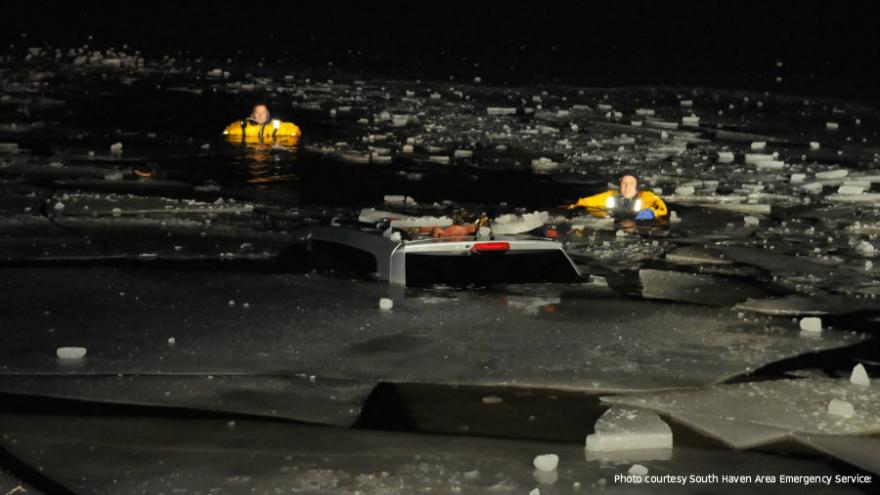 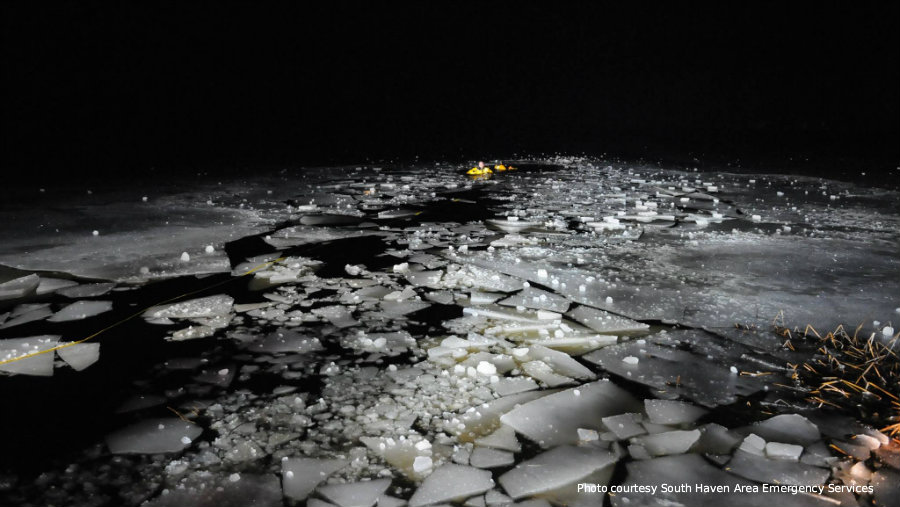 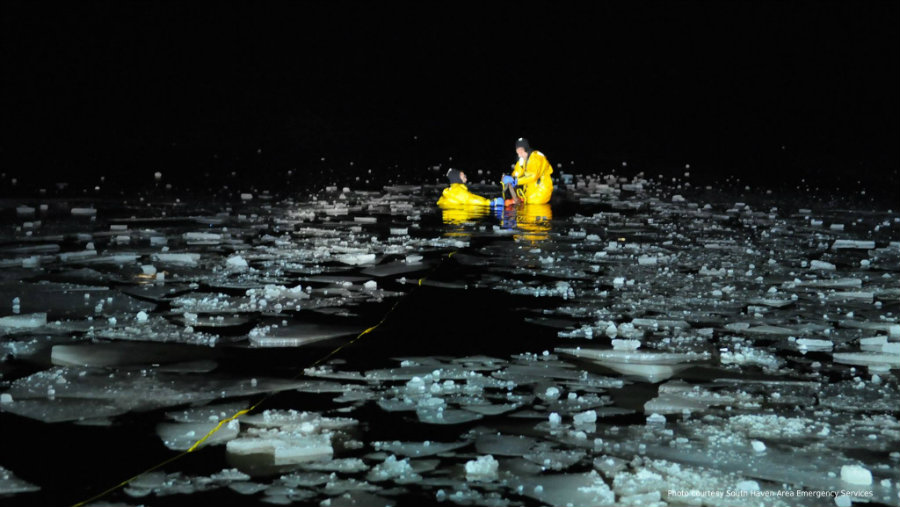 BANGOR TOWNSHIP, Mich. – A 22-year-old man from Bangor died Saturday after the car he was in crashed into the icy waters of School Section Lake.

According to ABC affiliate WZZM, Michigan State Police said the 21-year-old driver was traveling westbound on a dead end road when she drove into the water.

She was able to get out of the car and swim to shore and walk to a home where 911 was called.

WZZM reports the passenger, 22-year-old Jezreel Wallace did not make it to shore and disappeared beneath the surface of the ice-covered water.

Troopers said there was about 3 to 4 inches of ice on the lake.

Wallace’s body was found about an hour after the crash. He was taken to the hospital where he was pronounced dead.

The driver is being treated for her injuries.

Officials say alcohol was a factor in the crash.