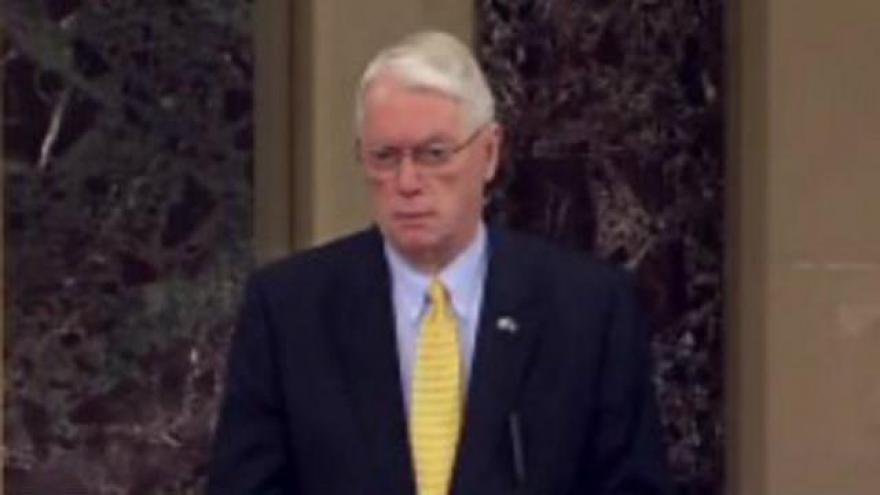 WASHINGTON (CNN) -- Former US Sen. Jim Bunning, the only National Baseball Hall of Fame member ever to serve in Congress, has died at the age of 85.

Bunning, a staunch conservative from northern Kentucky, was elected six times to the US House starting in 1986 before winning the first of two terms for the US Senate in 1998.

The six-foot, three-inch Bunning was a strong, right-handed pitcher who scored more than 100 wins and a no-hitter in each of the two major leagues where he played over the course of 15 years in Major League Baseball beginning in 1955.

Later moving into politics, Bunning went after his opponents with a similar velocity in his second career in Congress.

Bunning decided to leave the Senate in 2010 after tension with his own party.

"Unfortunately, running for office is not just about the issues," Bunning said in a 2009 statement. "Over the past year, some of the leaders of the Republican Party in the Senate have done everything in their power to dry up my fundraising. The simple fact is that I have not raised the funds necessary to run an effective campaign for the U.S. Senate."

The remark appeared to be a thinly veiled hit at fellow Kentucky Sen. Mitch McConnell, who was the Senate minority leader at the time.

On Saturday, McConnell released a statement saying, "Jim rarely shied away from a new adventure. This Hall of Famer will long be remembered for many things, including a perfect game, a larger-than-life personality, a passion for Kentucky, and a loving family."

In a statement posted on Twitter, Republican Gov. Matt Bevin of Kentucky said, "Kentucky lost a true gem today. Sen. Jim Bunning, Baseball Hall of Famer-turned public servant, was a champion of conservatism and the embodiment of Kentucky's tenacious spirit. Bunning's unique sense of humor and outlook on life often drew attention, but he was never one to back down. He understood that 'difficult times require difficult decisions,' a philosophy that guided him well as he served our state and country."

Bunning's son, US District Judge David Bunning, tweeted Saturday that "Heaven got its No 1 starter today."