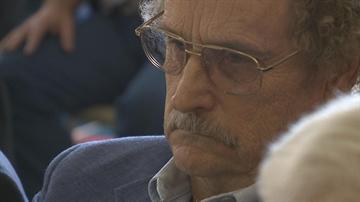 SAINT JOSEPH, Mich. - Heads rolled Thursday on Berrien County’s Road Commission. Only two of the five members on the Road Commission’s board still hold their positions.

The removals happened at a special Berrien County Commission meeting to question board members over a lack of disciplinary action taken against management at the Berrien County Road Commission.

An outside investigation completed in early August showed management’s disregard of employees at the road commission. A letter written in March by 13 employees contained 20 allegations against managers Rhonda Hildebrand, Dave Fritz and Kevin Reed.

“I can’t answer that,” replied Merritt.

“Because you don’t know or because you’re refusing to answer?” asked Elliot.

“I’m not refusing to answer but if I need a lawyer here I’ll get one,” said Merritt.

An outside investigator found that Hildebrand threatened employees and refused to answer the public’s questions. Management was also found to be lying to other townships in Berrien County over the price of road materials.

The county asked specific questions of all board members about why the board was unaware of the culture at the road commission, why they refused to hear employee concerns at a board meeting and why they demoted Bob Forker, the longtime chairman of the road commission after he made a recommendation to fire Hildebrand.

The board could only say they were as shocked as anyone by the allegations. “You would have felt the same sting we did when we saw that letter and that group of people entering our room,” said Merritt.

Collins was the only board member to ask for a closed questioning session with the county. Collins said there were things he didn’t want to appear in media reports. Elliot asked questions to other board members about Collins’ personal relationship with Hildebrand.

Several Road Commission employees appeared in the crowed room. “It’ll be a weight off my shoulders and everybody else that worked there,” said Don Geisler, one of the 13 employees to file complaints. “We can begin to heal when the infection is gone.”

Forker and James Daniel were the only two members of the board to be retained.

To read more about the investigation into Road Commission Management click here.