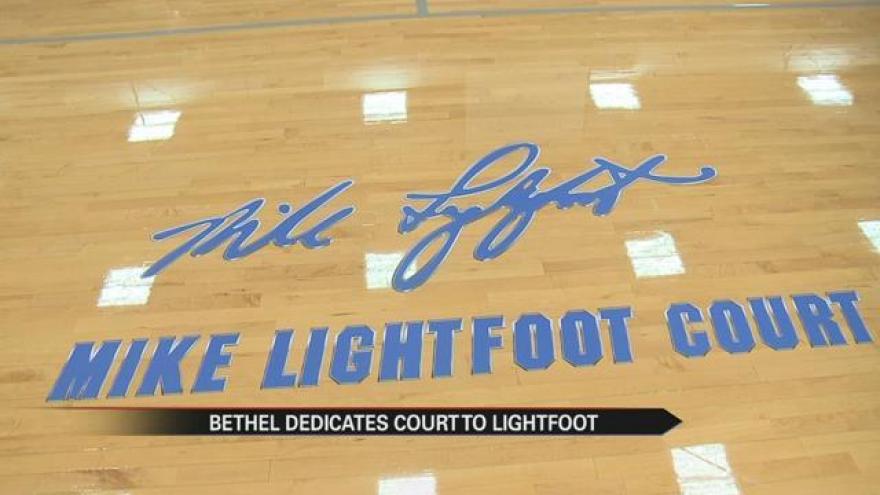 In the 129th meeting between Bethel College and Grace College the the No. 4 ranked Pilots used a strong second half to come away with a 91-73 victory on the newly-named Mike Lightfoot Court in the Gates Gymnasium at Wiekamp Athletic Facility.

Bethel College surprised Coach Mike Lightfoot prior to the game, honoring his 30 years of service as the head coach of the Bethel College Pilots, by naming the Court after the three time NAIA Division 2 National Champion, who will be retiring after the 2016-2017 season.

Caleb Oetjen got things started for the Pilots, hitting a pull-up jumper to get on the scoreboard first. The Pilots got out to a quick 7-4 lead off a good three-point field goal from Jordyn Coon, but the Lancers quickly responded with two buckets in the paint to take a one-point lead (9-8) with 13:14 left to play in the first half. Both teams continued to fight back and forth during the rest of the half with neither team gaining a lead greater than six points, and the Pilots headed into the locker room during halftime with a three-point lead.